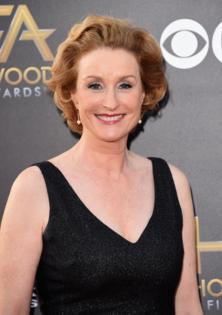 NEW YORK — Actress Lisa Banes, who starred in “Cocktail” and “Gone Girl,” died Monday from head injuries suffered when a hit-and-run scooter rider struck her on the Upper West Side, police said.

Banes, 65, died at Mount Sinai St. Luke’s Hospital, where she was rushed on June 4 after getting hit as she crossed Amsterdam Avenue at West 64th Street near Lincoln Center, with the green light.

The scooter driver, heading north on Amsterdam, ran the red light, then kept going after striking Banes so hard she was knocked out of the crosswalk, police and witnesses said.

The suspect is still being sought.

Shortly after the collision, Banes’ wife, Kathryn Kranhold, asked supporters “to pray for Lisa” and to call police if they knew anything about the scooter rider.

Banes was on her way to meet friends for dinner when she was struck. She had intended to first stop by her alma mater, the Juilliard School, as well as Lincoln Center, Kranhold said.

Banes lived in Los Angeles but was in town to perform in “The Nineties,” a two-woman show being streamlined by the Manhattan Theater Club.

She was Tom Cruise’s romantic interest in 1988′s “Cocktail” and she played the mother of a missing woman in 2014′s “Gone Girl.”

On television, she had roles on shows including “Nashville,” China Beach” and “One Life to Live.”