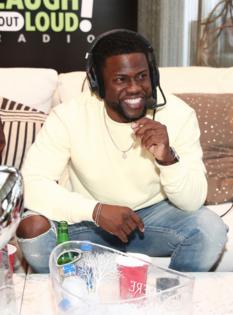 Kevin Hart thinks people should be allowed to disagree, and to screw up and learn from it. And now he’s wondering when that stopped being OK.

“When did we get to a point where life was supposed to be perfect? Where people were supposed to operate perfectly all the time?,” the comic and actor said in a Sunday interview with the Times of London. “I don’t understand. I don’t expect perfection from my kids. I don’t expect it from my wife, friends, employees. Because, last I checked, the only way you grow up is from f—ing up.”

Hart speaks from experience, having lost a high-profile job hosting the 2019 Oscars after years-old homophobic tweets and comments resurfaced.

After he quickly stepped down from the gig amid the ensuing backlash, he told talk-show host Ellen DeGeneres, “On my side, openly I say I’m wrong for my past words. I say it. I said it. I understand that. I know that. In this case, it’s tough for me because it was an attack. This wasn’t an accident. This wasn’t a coincidence. It wasn’t a coincidence that the day after I received the job that tweets just somehow manifested from 2008.”

DeGeneres too got backlash from the LGBTQ community for hosting that 2019 interview — but Hart had her back in 2020 when she was facing a controversy of her own. All of it mixed together is what has Hart tied in knots: People aren’t considering intentions before they judge.

“It’s not necessarily about cancel culture,” Hart said in the Sunday Times interview. “It’s backlash. It’s about the intent behind what you say — there’s an assumption it’s always bad and, somehow, we forgot comedians are going for the laugh. You’re not saying something to make people angry. That’s not why I’m on stage. I’m trying to make you laugh and if I did not make you laugh I failed. That’s my consequence.”

Los Angeles Times TV critic Lorraine Ali observed a changed Hart in her November review of “No F— Given,” his 2020 Netflix comedy special.

“Hart has clearly been knocked back by — and perhaps even learned from — the blowback around that Oscars hosting gig,” she wrote, calling out one joke that touched on Hart’s reaction to his Oscars controversy.

“You guys got me living my life like a successful drug dealer,” he says in the special, claiming that he’s taken to making people who come to his house strip naked and get in the pool if they want to chat. “How else would I know you’re not wearing a wire? ‘Who you with? E!? People? Who you with? Did you come here to do a story for the tabloids? I don’t trust you, Dad.’”

“If there’s a message to take from anything I’ve said,” Hart told the Sunday Times, “it’s that in this world of opinion, it’s OK to just disagree. It’s OK to not like what someone did and to say that person wasn’t for me. We are so caught up in everybody feeling like they have to be right and their way is the only way. Politics is f— up because, if you don’t choose our side, you’re dumb.”

Hart sounds like he can’t handle a world so filled with condemnation.

“It’s a divide. ... But I’m not about to divide. I don’t support the divide!” he continued. “I put everybody in the f— building.

“We all come into this building Kevin Hart is in and we all laugh. I bring people together — like it or not.”