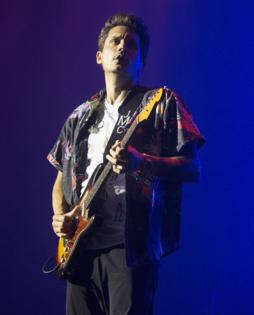 It’s a cool, soft-rock tune, with a definite mid-’80s vibe, as the Grammy-winning star once again mixes mellow vocal work with some tasty guitar licks.

It also features vocal contributions from country-pop talent Maren Morris, who also makes a cameo in the video. Fans also can hear Toto percussionist Lenny Castro and keyboardist Greg Phillinganes (who has worked with Stevie Wonder, Eric Clapton, Michael Jackson and others) on the track.

The song hails from artist’s forthcoming eighth full-length album — “Sob Rock” — which was produced by Mayer and Don Was and recorded at Henson Studios in Los Angeles. It’s Mayer’s first solo outing since the gold-certified “The Search for Everything” in 2017.

The album is set to be released on July 16.

“Last Train Home” is available to stream on Spotify, Apple Music and other services. The video can be seen on YouTube.

Besides maintaining a solo career, Mayer is also a founding member of Dead and Company, the Grateful Dead offshoot that got its start in 2015. The group is set to hit the road in August.

On Monday, Issa Rae took to Instagram to drop photos from her private wedding ceremony in Saint-Jean-Cap-Ferrat, off the ...Read More