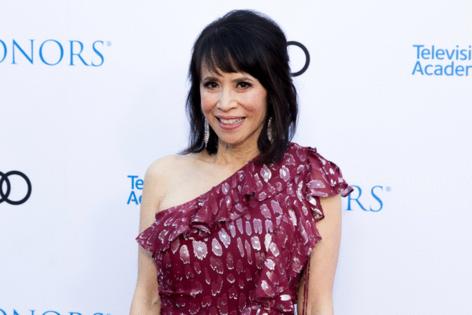 Responding to recent criticism that “Friends: The Reunion” failed to acknowledge or grapple with the sitcom’s nearly all-white white legacy, the special’s director Ben Winston told the British newspaper The Times: “What more diversity do they want in this reunion?” But a small handful of women of color did appear as guest stars on “Friends” over the show’s 10-year run and their absence from the reunion is conspicuous. Winton’s explanation: “Not everyone could join the show.”

Lauren Tom played Ross’s girlfriend Julie for a seven-episode arc starting in 1995, and after seeing Winston’s defense, I was curious if Tom had been invited to participate. “Unfortunately, the producers did not invite me to the reunion,” she said.

But that’s not what prompted me to reach out to Tom last week. Instead, it was because only recently did I learn she is a Highland Park, Illinois, native, and one whose family has notable Chicago roots: Ping Tom Memorial Park in Chinatown is named for her uncle.

Though her childhood was spent in suburban Chicago, by 17 she was branching out when she was cast in a national touring production of the musical “A Chorus Line.” The show would eventually take her to Broadway and then her career shifted to TV and film, including a starring role in 1993′s “The Joy Luck Club,” which is what got her cast on “Friends,” no audition needed.

“That was really quite the journey I took,” said Tom, whose career also includes a long list of credits as a voice actor on everything from “King of the Hill” to “Futurama” to “Teen Titans Go!”

“I don’t know how much you know about Chinese culture,” she said by way of introduction to her story, “but my father’s goal for me was to get married and have five Chinese sons.”

But Tom’s father envisioned a life for her beyond the family business. “His brainstorm was that I would become a dental hygienist and work for a dentist, where I would meet lots of wealthy men. I wanted to be an actor and dancer, and if it weren’t for my mom, I wouldn’t have been able to pursue my career in the arts. My dad was just so set against it.”

Landing a role in “A Chorus Line” as a teenager was “one of those drop-in-your-lap gifts from the universe,” she said. “I was super shy, so I put all of my energy and time into dancing.” Every day after school she was in the dance studio. “I couldn’t act or sing, but I was a really good dancer.” The summer she was 16, she worked as a dancer at Disney World. “My mom was with me in Florida that summer and she really was my champion. She had always wanted to be in the arts herself and her mom was like ‘no.’ So she was trying to foster that dream in me.”

Tom graduated from high school a year early, and that’s when “A Chorus Line” came through Chicago. “There was a part for a tiny Asian in the show, Connie Wong. A friend of mine from the Gus Giordano Dance School had been in ‘A Chorus Line’ already, so she gave them a heads-up that I was a really good dancer and they should audition me. And even though I couldn’t sing or act, they decided to hire me and train me on the road. I was touring with the show for a couple of years and then I moved to New York and did it on Broadway.”

Four decades after the premiere of “Raiders of the Lost Ark,” stars and fans alike continue to tip their fedoras to the debut of Indiana Jones.

Karen Allen, who starred as Marion Ravenwood in the adventure flick, ...Read More

Loki has a habit of stealing everyone's thunder. He's at it again in "Loki," a six-part TV series that has the God of Mischief hurtling through time, trying to clean up a mess that could alter history.

When Rose Byrne was playing a tormented '80s aerobics instructor in the Apple TV+ series "Physical" — a role that required her to radiate despair while marching it out in leg warmers and a barely there leotard — she ...Read More

I guess I'm princess-phobic? I don't care about royalty in real life or on the screen, and that goes double for animated movies.

As "Ratatouille" and "The Incredibles" filmmaker Brad Bird often points out, animation is a ...Read More

When Rostam Batmanglij was a kid growing up in Washington, D.C. — "must have been 13 or 14," he figures — he used to ride around in his older brother's car listening to a collection of Bruce Springsteen's greatest hits...Read More

NEW YORK — More than 11,500 people have signed a petition urging CBS host James Corden to end his “incredibly culturally offensive” truth-or-dare segment called “Spill Your Guts,” in which contestants have to ...Read More