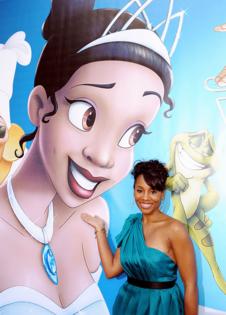 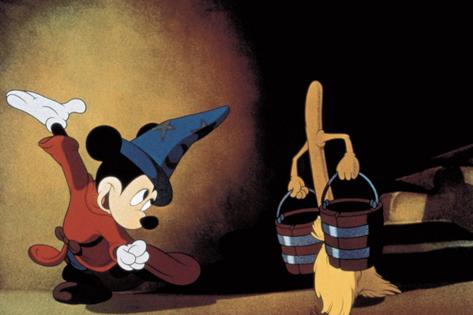 I guess I'm princess-phobic? I don't care about royalty in real life or on the screen, and that goes double for animated movies.

As "Ratatouille" and "The Incredibles" filmmaker Brad Bird often points out, animation is a medium, not a genre, and it can be used to tell almost any story. But my favorites among Disney's many classics tend not to tell stories about princesses who end up marrying boring princes because they kissed them or put a shoe on them or whatever. I'll give those women points for not being born into splendor — Disney princesses tend to marry into their titles — but if falling in love with some dude is the whole point of a movie, it's a "no" for me, dawg.

The good news is Disney has long since moved away from the dated Grimms' Fairy Tales playbook that dominated the studio's early efforts, and the results have often been wonderful (to be fair, "Snow White and the Seven Dwarfs" and "Cinderella" are fine movies, even if they're not my faves). Disney has done science fiction ("The Black Cauldron"), mystery ("The Great Mouse Detective"), adventure ("Robin Hood," "Alice in Wonderland") and, since "Beauty and the Beast" revitalized the animation studio in 1991, Broadway-style musicals. (I've written about Pixar previously, but that Disney affiliate also has expanded what animation can do.)

Led by "imagineer" Walt Disney, the studio made the first Technicolor feature ("Snow White"), trailblazers such as the music-themed "Fantasia," and pioneered combining live action with animation in such movies as the currently unavailable "Song of the South." With its eye on the box office, Disney may not be on the cutting edge of animation anymore — it took smaller studios to innovate with "Flee," an animated documentary coming later this year, and the Polish "Loving Vincent," created so that the entire film looks like a Vincent van Gogh painting in motion.

But even with increased competition, Disney always has attracted talented animators. They continue to do top-notch work on films such as this spring's "Raya and the Last Dragon," an adventure billed as being about Disney's first Southeast Asian princess. That may be but, more important, she was a warrior fighting to free her people. Which is to say that Raya, like the characters in my favorite Disney classics, had a lot more on her mind than getting kissed by some himbo.

"She's gonna make coats out of us," announces one of the sweetest of the Dalmatians, spelling out how different things were when this London-set charmer hit theaters. Last month's "Cruella" thought we were too sensitive to deal with the potential for poochicide but, 60 years ago, kids' stories were more attuned to their interest in dark themes ("Where the Wild Things Are" was just a couple of years away). As funny and good-natured as most of "Dalmatians" is, there's no getting around the fact that Cruella De Vil is a nasty piece of work who sees the hides of cute puppies and thinks, "Cape."