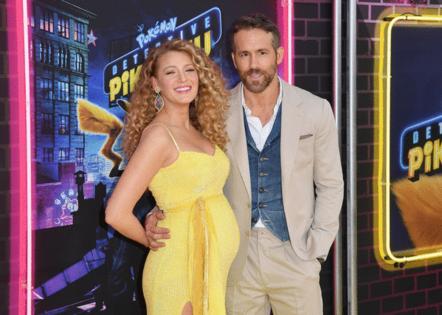 One of the big-budget casualties of COVID-19 pandemic closures, Ryan Reynolds' "Free Guy" has a this-time-for-sure release date and a spiffy new trailer to prove it.

The three main trailers accompanying each of the movie's announced drop dates make for an interesting peek at the evolution of a marketing campaign.

In the Shawn Levy-directed action comedy, Reynolds plays Guy, who comes to realizes he's a character in a video game. Jodie Comer ("Killing Eve") plays Molotov Girl (in the game) and Milly (in real life); Molotov Girl is also a game character controlled by a real-world human who informs Guy that the game's creator, Antoine (Taika Waititi), is going to shut the whole thing down.

For the curious, the first trailer (posted on Dec. 7, 2019) touts the original July 3, 2020, release date. It looks like a very different movie to the one promised in the new trailer. This version emphasizes Guy's action elements and, apparently, his free will ("Free" Guy, if you will).

The newer version also makes Molotov Girl the spark for everything, including Guy's epiphany about the true nature of his reality. And this original ad opens with a poking reference to the then-new parent company of the artists formerly known as 20th Century Fox: Disney.

When the pandemic scuttled the original July 2020 plan, 20th Century Studios rather optimistically set a new release date: Dec. 11, 2020. Accompanying that announcement was the campaign's second trailer, posted Oct. 5, 2020. That trailer shifted the emphasis to Guy and Molotov Girl's chemistry, before the current trailer shifted it more to Guy's finding purpose.

Warning: "Jeopardy" fans might get a little misty-eyed at a brief cameo by the late Alex Trebek in this second trailer.