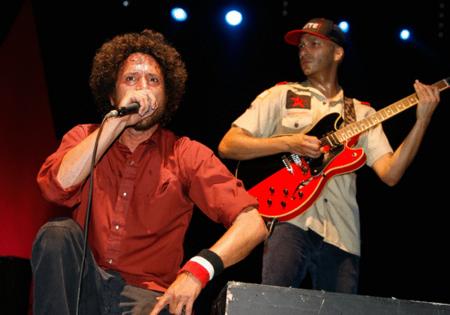 But, like a good DJ, it recovered quickly and got back on track with a series of RSD drops, beginning in August.

“By that time, we had gotten through the summer and for the most part, people knew how to behave and were eating and drinking outside, and cases were low here,” says Josh Cozby, owner of The Government Center, a Pittsburgh record store. “We had our biggest sales day as a store. But there were a lot of unknowns, like, are people going to show up?”

For that reason, he was cautious about how many of the RSD releases he ordered.

Now, with the pandemic on the wane, Cozby and other owners can throw caution to the wind for the first of three Record Store Days on Saturday, to be followed by one, with new releases, on July 17 and then on Black Friday.

“We have the most [RSD] releases we’ve had since we started doing this,” Cozby says.

With the supply chains a little backed up, stretching RSD between June and July allows for a better flow of product.

Jim Semonik, the record buyer at Eide's Entertainment, also in Pittsburgh, says the store is ready to roll with 150 RSD titles.

“Definitely, the Black Sabbath picture discs,” he notes, “the Motorhead 10-inch. The Grateful Dead boxes always do well, Flaming Lips, Rage Against the Machine, Opeth and, of course, The Cure.”

They have “a decent amount of each,” he adds, “not terribly much, but that's the nature of RSD. You order 15, you get six.”

Cynics guitarist Gregg Kostelich, who went from working at Eide’s back in the day to now owning his own store (and label) Get Hip, jokes about the RSD quantities, “I try to order 25. I get two. I make the first two people happy and get yelled at the rest of the day.”

Despite the lack of foot traffic, Kostelich says the last year has been good for Get Hip.

“When COVID hit, I thought I was goner, that it’s gonna kill us as a touring outfit and kill the label, but the mail order blew wide open. Vinyl sales doubled.”

In part, he says, “Parents dusted off their turntables and played records for the kids, and the kids loved it. It takes some patience, but people realize it’s the best way to enjoy music.”

If you venture out on Saturday, here are just some of the RSD releases you could go home with:

Anti-Flag, “20/20 Division”: The punk band will release the LP version of “20/20 Division,” which was released digitally last year as the “20/20 Vision” album with five new songs. 1,500 copies are being pressed on translucent red vinyl.

Beat Farmers, “Glad 'N' Greasy”: Six-song EP recorded in the U.K. and Europe after the 1985 debut of the alt-country band’s “Tales Of The New West” is on vinyl for the first time.

Beck, “Hyperspace”: The 2019 album is packaged in a holographic jacket with a 24-page booklet with AI images and NASA data for each track.

Buzzcocks, “A Different Compilation”: Vinyl release of the Manchester punk band’s 2011 collection of rerecordings of 24 songs from 1977-1981.

Devo, “Somewhere With Devo”: Suite that was performed live as the encore of the pioneering synth-rock band's Total Devo concert at The Palace in Hollywood, California, in December 1988.

Echo & the Bunnymen, “Live in Liverpool”: Live album from the post-punk band recorded at the Paul McCartney Institute of Performing Arts in 2001.

The Grateful Dead, “Olympia Theatre, Paris, France 5/3/72”: A six-LP vinyl collection of this show from the legendary Europe ’72 Tour.

Elton John, “Regimental Sgt Zippo”: Fabled album that was slated for release in 1968, but ultimately shelved.

Tom Petty, “Angel Dream (Songs and Music from the Motion Picture She's the One)”: Reimagining of “She’s The One,” which included songs that were left off the original “Wildflowers” album. On cobalt blue vinyl.

Prince, “The Truth”: Originally released as an accompaniment to the 1998 triple album “Crystal Ball,” this is a mostly “acoustic” session with some electronic elements.

Rage Against The Machine, “The Battle Of Mexico City”: The Los Angeles rap-metal band’s 1999 debut in Mexico, on red and green colored vinyl with a white label as a tribute to the Mexican flag.

The Replacements, “The Pleasure's All Yours: Pleased to Meet Me Outtakes & Alternates”: Collection of material from the Minneapolis band’s sessions for the fifth album.

Twenty One Pilots, “Location Sessions”: Live versions of three songs from “Trench,” along with live version of "Level of Concern."