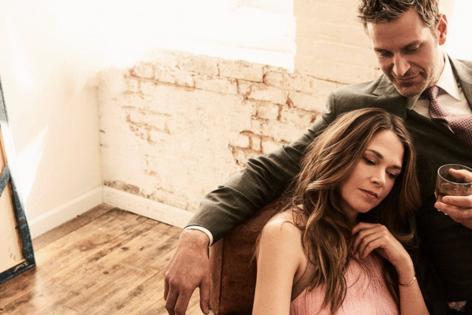 In the very last scene of "Younger," Liza (Sutton Foster), wearing a chambray button-down shirt, tries to order a round of drinks at the bar. She's frantically waving her shoe in an attempt to get the bartender's attention when Josh (Nico Tortorella), dressed in a crisp white tee, interrupts her.

Josh: Whoa, you don't wave a shoe, you never wave a shoe! In Thailand, that's considered a capital offense.

Liza: And you've been to Thailand?

Liza: I knew that!

Any devout fan watching this scene probably got a feeling of deja vu: Is this the first episode of the series or the last?

The answer, of course, is both. "After seven seasons, it's tough to end a series in an elegant and satisfying way," creator Darren Star told the Los Angeles Times. "We all thought it'd be great to have this full-circle moment where we go back to the pilot, if we could find a way to get there."

It's quite far from where the series finale began: Liza and Charles (Peter Hermann) are lying in bed and smiling about their reconciliation in the previous episode, in which he left Quinn (Laura Benanti) and told Liza he loved her. "I just know what makes me happy, and to pretend anything else would be just lying to myself," he tells her. "Only the truth from now on, even if it hurts."

SAN JOSE, Calif — Having canceled last year’s event due to the COVID-19 pandemic, the Monterey Jazz Festival is set to return in 2021 with a terrific lineup that (thus far) includes Herbie Hancock, George Benson, Terri...Read More

CHICAGO — Stephen Colbert, whose career was launched at the Second City comedy theater, is to reengage with the famed Chicago institution.