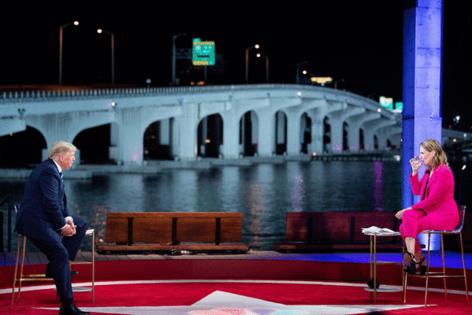 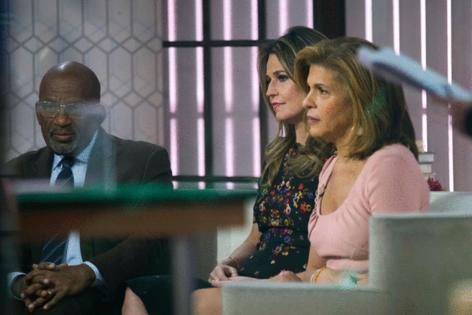 When faced with a challenge, "Today" co-anchor Savannah Guthrie will often take a moment to say a prayer.

It can happen in a makeup chair before she takes her seat at NBC's Rockefeller Center studio, during a ride to the airport or just before she heads into an interview with a major newsmaker. Once, she prayed with co-anchor Hoda Kotb before they went on the air to tell viewers that their longtime colleague Matt Lauer had been fired.

Based on the turbulent decade she's spent on NBC's morning franchise, even a nonbeliever would understand why Guthrie, 49, seeks support from a higher power.

Over her 10 years at "Today," Guthrie has mastered the balancing act of delivering serious breaking stories and smiling through the softer entertainment segments that are part of morning TV, the profit engine of network news divisions.

But the attorney-turned-journalist also had to navigate several crises at the network and will have to lead the program into a future where a generation of viewers don't have the same morning TV habit as their parents.

In a recent Zoom call from her dressing room, Guthrie said she was grateful for having made it this far after being thrust into the spotlight to replace Ann Curry in 2012, a year after joining the program as a co-host for its 9 a.m. hour. Curry's unceremonious departure angered some "Today" fans who believed she was treated poorly by Lauer.

"I didn't think I'd last six months or a year, let alone 10 years," Guthrie said. "I really didn't. I thought I'm some transitional person and I'm going to be the first casualty."

Steve Capus, the former NBC News president who chose Guthrie for the job, said he was confident that would not be the case.

"By 2012, Savannah had thrived in high-pressure, difficult circumstances," Capus said. "The 'Today' show needed a steady presence to put the turmoil of that time behind us."

Five years later, Guthrie had to walk through the fire again. In November 2017, she told viewers that Lauer — the longest-tenured host in the show's long history — was banished over sexual harassment allegations. Alongside new co-anchor Hoda Kotb, she held the fractured TV family together.