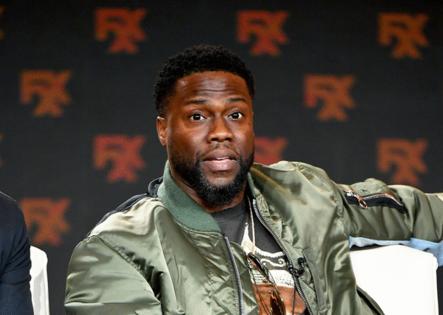 Quibi was a massive failure of a streaming service that came and went last year in the blink of an eye during the pandemic.

Roku picked up Quibi’s shows and the service has decided to give Kevin Hart’s comedy “Die Hart,” starring Hart and John Travolta, a second season. (Quibi had actually greenlit a second season of the show last September, just weeks before shutting down.)

The series was shot in metro Atlanta with season one finished just weeks before the pandemic began. It has not been said if Hart will shoot the second season here as well.

“Die Hart” features Hart playing a version of himself, wanting to become an action hero and joining a camp led by a wacky character named Ron Wilcox, played with abandon by Travolta. Hart also faces off against a rival student played by Nathalie Emmanuel.

When the show debuted May 20 on Roku, it did well enough that Roku quickly signed on for “Die Harter,” a play off the original “Die Hard” series, which had a sequel named “Die Harder.”

The series is the first Roku Original to be renewed.

“This was not a difficult decision to make,” Colin Davis, Roku’s head of original scripted programming, told The Wrap. “Roku’s massive scale and built-in audience means series like ‘Die Hart’ can reach millions of engaged users, and to me, the [show’s] performance validates we have great content and it’s proof the content has a home at The Roku Channel.”