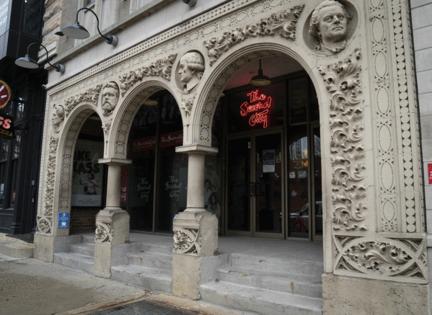 CHICAGO — On Thursday night at 7 p.m., following hard upon 448 canceled shows, the cast of The Second City stood on their storied stage and looked out at a clutch of masked people, sitting in small, separated groups in the dark.

For anyone who has been going to Wells Street for decades, or followed the history of this singular Chicago institution, this was a moment for the history books, as significant a thing as one of the anniversaries and, in its way, far more emotional. The previous weekend, the famed comedy theater had reopened a live show to a very limited capacity and now, after a lot of internal back-and-forths, here they were opening up themselves to, well, an independent view they could not themselves control.

They need not have worried so much. At this juncture in the recovery, most of us are just happy to be jabbed, out of the house and having a laugh without any digital facsimiles in the room. You’d have to come with a heart of stone not to see the difficulty of the moment for all concerned.

Take the ever-changing precautions and how different groups of people view the rules.

As protocols go, Second City is certainly taking no risks.

The main 1616 N. Wells St. entrance is reserved for performers only; audience members are entering through the dark e.t.c. Theatre. Along with the temperature check, you get a brief lecture on “being kind” on the way in through the door. And the decision to require masks while also serving table-side drinks creates some complexities, since it’s not easy to sip through your face covering.

There’s no physical interaction between performers and audience members: the cast stays on the stage and suggestions are either shouted out or, in a recent innovation, texted to the company. (Many of these procedures are mandated by the Actors Equity union.) Just hours before the show Thursday, though, restrictions in the world outside were suddenly relaxed for the vaccinated, meaning that protocols and spacing might start seeming overly draconian for some audience members and money left on the table to the company accountants. Talk about a moving target. In a few weeks, or maybe a few days, the layout of the theater may look quite different, but I suspect there will be many different internal opinions on all that. What a time!

That said, Second City has a job to do for its community and has to learn to trust and serve its audience again. That mission should begin with providing some necessary context for what we all have just experienced here in Chicago, ideally accompanied by cathartic laughter. That will have to wait for the first formal revue, slated to open in July and featuring these same likable performers. It’s too soon to have the necessary narrative distance. But certainly time to get back in the habit. The first revue back will have the same title: “Happy to Be Here.”

The reopening experience is just 60 minutes long (which is fine, given the circumstances, although I’d note that pent-up demand and dynamic pricing might mean you’re paying $75 or so for that hour, which is a lot of cash). Some of the improv is from the archives but there’s a good slice of amusing new stuff involving sex in the pandemic (or the lack thereof), meditations on fear and chocolate, and a few good old trump cards. As the night went on, everybody warmed up nicely. By the summer, this crew should have steeled its nerves and found its collective voice.

Frankly, they had me at “Welcome to the Second City” on this occasion, but, rest assured, dear reader, normal critical service will resume shortly.