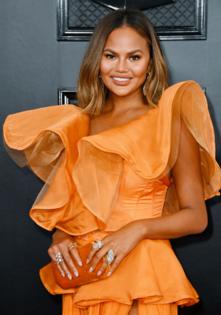 As of Friday, the former Sports Illustrated model’s line of cookware, “Cravings by Chrissy Teigen,” has been scrubbed from Target’s website. And while the disappearance of her products occurred amid recent accusations of cyberbullying, the retail giant has maintained it has nothing to do with the social media scandal.

“We made the mutual decision in December to no longer carry the cookware line, given our continued focus on brands we develop and that can only be found at Target,” a spokesperson told Fox Business.

Teigen’s cookbooks are still available for purchase at Target while her cookware remains for sale on her own site and through other stores.

A source close to the situation told TMZ on Thursday that the 35-year-old mother launched her line exclusively with Target in 2018 but has since opted to end that exclusivity agreement. The source emphasized the business move was in the works well before Courtney Stodden accused the cookbook author of previously bullying them on social media.

Stodden, in a recent interview with the Daily Beast, said that Teigen in 2011 and 2012 made a habit of tweeting insults at them, like “my Friday fantasy: you. Dirt nap” and “go. To sleep. forever.”

“Things like, ‘I can’t wait for you to die,’” Stodden recalled.

The Daily Beast interview, published earlier this week, prompted a lengthy online apology from Teigen, who wrote she was “mortified and sad at who I used to be.”

“I was an insecure, attention seeking troll,” she continued. “I am ashamed and completely embarrassed at my behavior but that...is nothing compared to how I made Courtney feel.”