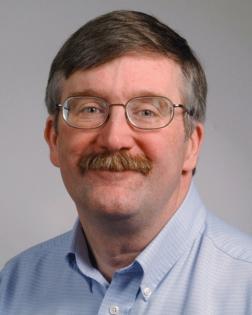 Q: I’m just curious if “Call Me Kat” was picked up for another season? Leslie Jordan was hilarious in the show, and quite honestly, I was surprised how much I enjoyed it!

A: The Fox comedy starring Mayim Bialik (Amy on “The Big Bang Theory”) has been picked up for a second season. Inspired by a British series, it stars Bialik as the owner of a cat cafe; besides Jordan, the cast also includes Swoosie Kurtz, Cheyenne Jackson, Kyla Pratt and Julian Gant.

Q: What happened to “The Moody’s”? I loved that show!

A: Apparently not enough people did. The ratings for the second season of the comedy starring Denis Leary and Elizabeth Perkins were among the lowest for a Fox show, Deadline.com reported. The network pulled it in late April after just five episodes. Fox will reportedly burn off the remaining three shows in June.

Q: On “The Price is Right,” announcer George Gray always says hi to Mama May. Who is she?

A: Discovery Communications has drawn on many of its networks’ shows and stars to boost its new subscriber-based service (to the frustration of many viewers not wanting to pay for the streamer). Interview series “SuperSoul” – a successor to OWN’s “SuperSoul Sunday” – is one of the ways that Discovery+ will have Winfrey draw viewers.

You may not know that Winfrey’s OWN has from the beginning been a venture between her company and Discovery Communications, with the latter gradually increasing its holdings in the network. Last year, it bought still more shares and now has a reported 95% of OWN, although Winfrey is still in charge.

A: Jones, an established actress before her work on the 1964-66 comedy, continued to work in films and on TV until her death from cancer in 1983. Loring later had a three-year run on “As the World Turns” as Cricket Montgomery, but also dealt with personal problems and some breaks from acting; her most recent screen credit on the Internet Movie Database is from 2015. Saying he was typecast as Pugsley, Weatherwax basically gave up acting but worked behind the scenes, including as a set builder; he died of a heart attack in 2014.

Q: Did the four women on “The Golden Girls” get along with each other? They certainly acted like they did!

A: Bea Arthur, Betty White, Rue McClanahan and Estelle Getty certainly had a long working relationship on the 1985-1992 sitcom, with White, McClanahan and Getty continuing on the sequel series, “The Golden Palace,” in 1992-93. But as much as they apparently respected each other on-camera, it was not always happy times among them. White, for one, has said that “Bea was not fond of me” and has speculated that her positive attitude got on Arthur’s nerves. White, by the way, turned 99 in January and is the last surviving star of the show.

Q: On “NCIS,” what ever happened to McGee’s and Palmer’s wives?

A: You may have missed an episode where we learned that Palmer’s wife Breena had died of COVID-19. McGee’s wife Delilah is still around although we only occasionally see Margo Harshman, the actress portraying her. She has seemed such a strong presence since her first appearance in 2013, I was surprised to discover Harshman has been in only 16 episodes total. But that does include a telecast in January.