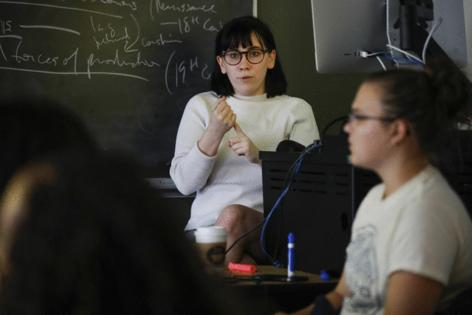 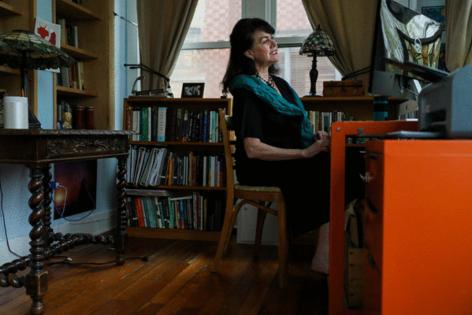 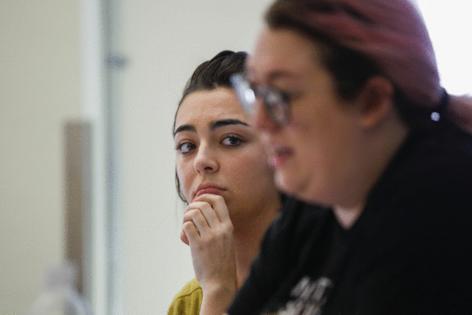 CHICAGO – Eileen Favorite has heard the word “problematic” more than any person should have to hear any word repeated, again and again. She has heard it applied to the obvious and to the unexpected. She has heard people say “problematic” so often that when she says it herself, the word doesn’t come as casually as it does for her students. It’s become an event. It bold-faces. It goes ALL CAPS. Sometimes it sounds like a chuckle. Sometimes like a death sentence. Sometimes it has an eye-roll attached. Sometimes an indictment.

The point being, when Eileen Favorite discusses the life and work of problematic artists with her students at the School of the Art Institute of Chicago, one size refuses to fit all.

“OK, now who can think of an artist whose life is entirely separate from their work,” she asked the class on a recent winter morning, playing devil’s advocate, as she often does.

For 20 years now, long before the #MeToo movement, ages before the #OwnVoices movement, when Harvey Weinstein was still feared, Kanye West was still about the music, and museums exhibited portfolios of amoral behavior with impunity, Favorite has toiled in the cancel culture. Indeed, before it was called cancel culture, she’s been considering our cancel culture. Since 2001, Favorite, a Chicago-based novelist and literature professor, has taught a class at SAIC titled “Love the Art, Hate the Artist.” The university describes it as a course on the recurring question: “How do the biographical details of an artist’s life influence our attitude toward their work?” But as one student said, “It’s really more like a course on how to be an artist and still be a good human.”

“When I started teaching this class, I had a room full of art students who didn’t want to pass judgment on anyone who called themselves an artist,” Favorite told me. “Just a decade ago, they forgave everything. I had to teach them how to take a stand against anyone. Now it’s the complete opposite. Lately though, maybe it’s swinging back again.”

Favorite has watched the zeitgeist through her students for so long, the students used to make fun of Michael Jackson; when he died they defended him; now they mostly condemn him. She talks about cancel culture with a combination of alarm, respect and long perspective. A few years ago, when I began sitting in on her class, I saw a pattern: Students often started the semester with hardline judgments — Picasso was a rapist, singer Chris Brown is an abuser, et al. The work of some artists was too “dangerous” for “others.” Labeling “problematic” art works was suggested. But within weeks, many students were arguing in shades of gray, allowing for nuance, even a little forgiveness.

If you think of an art school as one of the front lines of this country’s perpetual culture wars, Favorite’s students are those rarest of participants — they walk the middle ground.