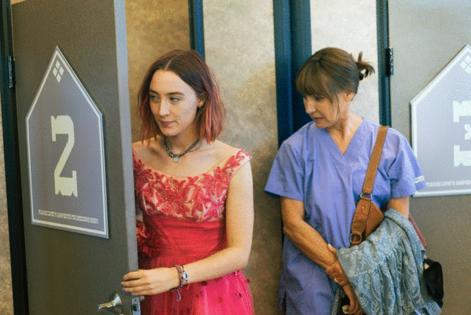 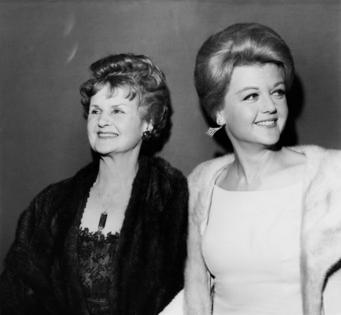 Good or evil, I like one we sense exists outside the margins of the movie. That's true of any character. They're most interesting when they're so complicated that the movie can't capture all of their dimensions, and we get only tantalizing glimpses. I'm thinking of Margaret Marmee March in "Little Women," who raises extraordinary daughters without much help from their father but who's also an activist with unrealized dreams.

"I am angry nearly every day of my life, Jo, but I have learned not to show it, and I still hope to learn not to feel it," says Marmee in Louisa May Alcott's book and Greta Gerwig's movie. It's fascinating to wonder what makes Marmee angry.

It can be even more interesting to see the emotion depicted on screen by mothers who don't feel obligated to bottle it up — whether that's Barbara Harris/Jamie Lee Curtis admitting jealousy of their daughter in the versions of "Freaky Friday" or Mia Farrow risking it all to care for her child in "Rosemary's Baby."

Many movie mothers are intended to be cautionary tales. Joan Crawford's title character in "Mildred Pierce" thinks the key to motherhood is to sacrifice everything (as does, to a certain extent, the version of Crawford that Faye Dunaway plays in "Mommie Dearest"). Angela Lansbury's mom in "The Manchurian Candidate" takes a similar route, with similarly bad results. Whether she's branded a martyr (as Crawford is) or a supervillain (as Lansbury is), we are left wondering: Would her life have gone differently if she'd realized her own dreams instead of funneling them into a rotten kid?

Some movies don't know what to do with mothers. Classic Disney fare, often inspired by fairy tales, tends to ignore them ("The Little Mermaid"), bump them off ("Bambi") or demonize them ("Cinderella" is the one that convinced us "stepmother" means "wicked").

That lack of respect may be why actors have sometimes been reluctant to play mother roles, which are too often one-dimensional. Beulah Bondi, for instance, is remembered for playing a mom in "It's a Wonderful Life" and other films and but we know virtually nothing about her characters other than that they'd given birth. Even the great Angela Bassett — in "Akeelah and the Bee," she's a sketchy cliché, a roadblock to her daughter's happiness.

But that's less likely to be the case in recent years, now that women are more involved in the creation of movies and are showing that there are as many ways to depict a mom as there are moms.

"I like playing mothers. My maternal force is probably my strongest energy in the world," said Nicole Kidman, who raised kids in HBO series "The Undoing" and "Big Little Lies," as well as movies like "The Killing of a Sacred Deer," "Lion" and "Rabbit Hole."

Those women are as varied and vivid as real moms. So are these compelling, if not always perfect, mothers.