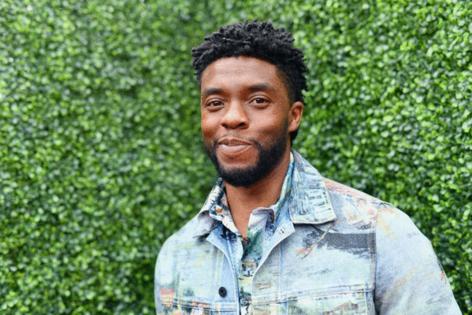 Maybe you missed that night at the Hammer Museum in 2006 when David Foster Wallace read from his "Consider the Lobster"?

Or the Hammer-hosted discussion in 2018 among Lupita Nyong'o, Angela Bassett and Chadwick Boseman about "Black Panther"?

The Hammer has an antidote for your fear of missing out: Hammer Channel.

The museum archives hundreds of recorded programs on its website as well as on its YouTube channel, where it has more than 7,000 subscribers. But Hammer Channel is more comprehensive and also includes downloadable transcripts of events. It features a tool for users to edit video clips, which they can save and share on social media.

"This fantastical world was missing dark skin. It was time," Nyong'o says during her Hammer discussion about Black representation in superhero films. The clip also captures audio of the audience erupting in applause.

"We wanted to create one centralized place where we knew every single video we had was here and it becomes the authoritative resource," said Philip Leers, Hammer project manager for digital initiatives. "We treat it as a collection of videos analogous to our art collections. If you know what you're looking for, you can find it quickly; but if you don't, you can really explore the breadth of the programming and all the people and ideas that have crossed our stage over the past couple of decades."

The search function is about as granular as it gets. On the museum's other digital platforms, users can search event titles and descriptions for names or keywords, and related videos will pop up. On Hammer Channel users can browse by topic — art, social Justice, politics, environment — as if searching for a Netflix show. The site's search engine also will scan event transcripts for even the briefest mention of a name and highlight where that person turned up in the conversation.

Teachers, take note: "You can search for information buried in the middle of a two-hour program, jump to that place in the transcript, create a clip and share it to your lesson plan," Leers said. "It's a level of searchability that we couldn't come close to before."

The museum will continue to stream live events on its website, but within a day or so, Leers said, video recordings will go live on Hammer Channel. The museum plans to update the site at least weekly. Content also will be archived on the Hammer's website and on YouTube, but Hammer Channel will be the primary digital destination for what director Ann Philbin said in the announcement was the museum's "legacy of public programs," which is "as much a cornerstone of our mission as our exhibitions."

The project, made possible with a $500,000 grant from the Andrew W. Mellon Foundation, has been in the works for three years. It's aimed at the same people who might watch a TED Talk or attend a cultural event at New York's 92nd Street Y, Leers said.

"Generally curious people, news junkies, autodidacts, they may be academics or not," he said. "And we were thinking about secondary uses: teachers using clips, filmmakers or artists who might use this material for their subject matter, people who like to put quotes and clips online."

The museum hopes other institutions will crib its site. The technical infrastructure of the website, created by the British web development firm Cogapp, is available on the open-source platform GitHub.

"We're proud of our content and programs and think it'd be great if other institutions could look at what we did and use it to create their own tools and resources," Leers said. "It's about paying it forward and sharing what we learned to help other institutions move themselves ahead."