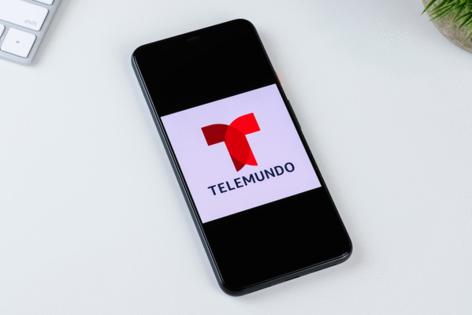 Looking to capitalize on the enormous appetite for Spanish-language programming, Telemundo is opening a new studio dedicated to producing content for streaming platforms.

Telemundo Streaming Studios, based in Miami, launched Wednesday with 35 projects in development, including "Armas de Mujer," a remake of "El Diario de un Gigolo" and the fourth and fifth seasons of "El Marginal," which has been popular on Netflix.

The company said the venture is the first major Spanish-language production house that will create shows specifically for streaming services.

The initiative comes as U.S. media giants, including Telemundo's parent company, NBCUniversal, are looking to bolster their offerings in a more competitive Spanish-language video market — one that demands higher production values than were the norm for the telenovelas that have run on TV.

The studio will be part of the existing Telemundo Global Studios, which is led by Marcos Santana. The veteran programmer will continue to oversee original scripted programs for the Telemundo TV network and international co-productions but the company is expected to bring in additional staff to handle the streaming productions.

The new venture is a response to the growing demand for streaming content, said Beau Ferrari, chairman of NBCUniversal Telemundo Enterprises.

"We are the No. 1 Spanish-language content producers in the U.S.," Ferrari said in an interview. "And we, at Telemundo, have been providing content for the streamers for a decade now. We've been looking at what content was working for the streamers, and we wanted to take advantage of the traction that we already have."

For example, Telemundo produced "Jenni Rivera: Mariposa de Barrio," about the life of the beloved Mexican banda singer, a native of Long Beach who died in a 2012 plane crash. It became one of Netflix's most popular shows.

Telemundo also produced "El Marginal," for Netflix, a series about an ex-cop who is sent to infiltrate a prison to investigate a kidnapping while shielding his true identity.

Since 2011, Telemundo has produced more than 10,000 hours of programming for Netflix, Hulu, HBO and Movistar and other streaming outlets.