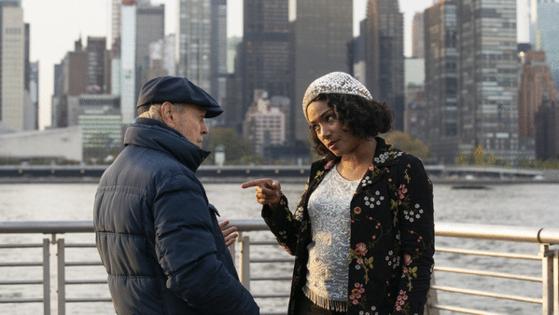 Billy Crystal is always a welcome presence on screen. In his last film, 2019’s “Standing Up, Falling Down,” he played a quirky dermatologist helping a comedian get out of a rut. In “Here Today,” which Crystal wrote and directed (his first feature in 20 years), the tables are turned, as he stars as a comedy writer who learns to love life again thanks to an unlikely friendship. A takeoff on the Alan Zweibel short story “The Prize,” Crystal writes himself a honey of a role that he performs with his signature charm and wit. But he seems to have forgotten to write any of the other roles with the same depth, which is a darn shame.

Forgetting is the central conceit of “Here Today.” Charlie (Crystal) is a legendary comedy writer grappling with his dementia diagnosis. Though his short term memory is slipping, Charlie’s past tends to come rushing back in overwhelming flashbacks, and he initially tries to hide his struggle from his family and co-workers at the late-night sketch show where he works. Unexpected salvation arrives in the form of a wacky subway singer, Emma (Tiffany Haddish) who waltzes into his life over lunch.

This meet-cute, the result of a charity auction, and a subsequent seafood allergic reaction, makes up the totality of former “Saturday Night Live” writer Zweibel’s short story. From that strange encounter, Crystal extrapolates the dementia, and the odd-couple friendship that blossoms between Emma and Charlie. He dreams up the comedy show where Charlie works, much like “Saturday Night Live,” taking Zweibel’s nugget of story and running with it.

The comedy show, featuring some ghastly (on purpose) sketches, is the cleverest subplot, exploring the comedy generation gap. But it’s not well-integrated into the main story of Emma and Charlie’s friendship, and the film feels disjointed. Plus, Emma and Charlie’s friendship is so outlandishly fantastical, one may pause to wonder if Emma is a real person, or some kind of apparition who only appears to Charlie.

Emma is a dreaded combination of stereotypical character tropes. She’s a Manic Pixie Dream Girl by way of the Magical Negro, her character serving only to cheer up Charlie and spur him to work on his memoir. All we know about Emma’s life is that she sings in a band called “Slippery When Wet,” and she has an ex-boyfriend whom she’s dead-set on making jealous with her friendship with Charlie. Her personality is “outgoing” and “funny hats,” but we haven’t a clue as to her background, where she’s from, her hopes, her pain, what makes her so cheerful in the first place or why she even wants to be friends with Charlie. The same goes for every other character in Charlie’s orbit, and that is the film’s fatal flaw.

As a performer, Haddish normally brings a jolt of chaotic energy to liven the proceedings. But here, likely because the character is so underwritten, she feels tight, the fun forced. Emma’s function is merely to support Charlie and loosen up stuffy white people, and the lack of anything authentic for Haddish to riff on is palpable.

It’s hard to pick apart a film that is as well-intentioned as “Here Today,” which earnestly wants to celebrate life, and every beautiful, tragic, poignant and surprising moment. But for a film that seeks to be so humanist, there’s only one truly human character in it. As likable as he is, that oversight is impossible to ignore.

In theaters Friday, May 7