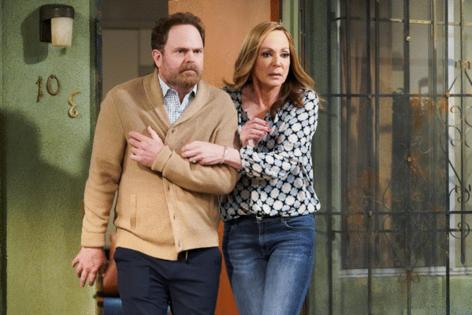 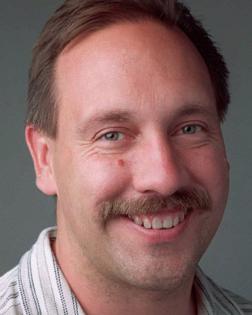 DON'T MISS: "Mom" -- Time for a big group hug. The warm-hearted sitcom that dared to tell stories about recovery from alcoholism and addiction -- and brought Allison Janney a pair of Emmy Awards -- closes the curtain on its acclaimed eight-year run. In the series finale, Bonnie (Janney) gains a new outlook on her sobriety after dealing with difficult news. Also, Jill (Beth Hall) and Andy (Will Sasso) take a big step in their relationship. (9 p.m. Thursday, CBS).

SUNDAY: It's the moment that passionate fans of "When Calls the Heart" have patiently waited for. In the Season 8 finale, schoolteacher Elizabeth Thornton (Erin Krakow) finally realizes which man she's meant to be with. So who's the lucky guy -- Nathan or Lucas? (9 p.m., Hallmark Channel).

SUNDAY: "Mare of Easttown," the best new drama series on TV right now, continues its riveting run with an episode in which Mare (Kate Winslet) is forced to take a backseat on the murder case. That means Colin (Evan Peters) takes charge and presses a local priest about the vague circumstances that prompted his transfer to the parish. (10 p.m., HBO).

MONDAY: The origins, extent, and fallout of one of the biggest public health tragedies ever is explored in "The Crime of the Century." It's a two-part documentary from Oscar-winner Alex Gibney that serves as a a searing indictment of Big Pharma and the political operatives and government regulations that enabled the reckless distribution of synthetic opiates. (9 p.m., HBO).

TUESDAY: Set in the context of today’s COVID-19 crisis, "Extra Life: A Short History of Living Longer" is a four-part documentary series that recalls 300 years of medical innovations that conquered some of the deadliest diseases and doubled life expectancies across the globe. Included: Lessons learned from previous global pandemics, including smallpox, cholera and the Spanish flu. (8 p.m., PBS).

THURSDAY: Uh oh, there could be trouble ahead on "Young Sheldon." In tonight's Season 4 finale, Missy’s first heartbreak triggers a series of events that lead the Cooper family to the brink. (8 p.m., CBS).

SATURDAY: Funny man Keegan-Michael Key is our host for the season's penultimate episode of "Saturday Night Live." Joining him as the evening's musical guest is Olivia Rodrigo. (11:30 p.m., NBC).