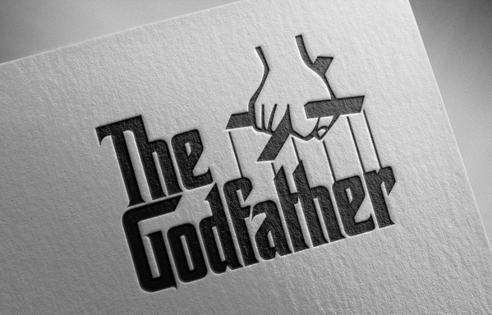 If you watched Paramount’s TV series “The Offer,” you likely gleaned that the transition of the cinematic portrayal of “The Godfather” was complex. In fact, the obstacles presented in ushering Mario Puzo’s fictional saga of the Corleones from paper to screen were as immense as they were — often — bizarre. As the infamous “Godfather” movie celebrates its 50th anniversary this year, it’s a time to make your friends and family an “offer they can’t refuse” by hosting an event honoring the all-time classic.

“Revenge is a dish that tastes best when it is cold.” – Don Vito Corleone (in the novel)

It’s often the traditional first course of a formal Italian feast, and it’s typically delicious: antipasto. The spread of sweet and savory snacks varies, depending on the Italian region. For example, some antipasto plates include sugared nuts, pickled sweet peppers and seasonal fruit accompanied by a smattering of cured meats and cheeses.

Other antipasto plates may swap fruit for pickled and/or marinated vegetables like artichokes, mushrooms and pepperoncini. No matter what antipasto variation you choose, the Don will surely approve (otherwise, well…)

“We don’t discuss business at the table.” – Santino “Sonny” Corleone

Who needs to discuss business at the table, especially when you have games to play? Celebrate the classic Francis Ford Coppola movie with the nostalgic board game Monopoly. Except, this version of the time-honored board game is Godfather Monopoly. Instead of a top hat, thimble or race car (as with the original game), player tokens include a Tommy gun, horse’s head and cannoli. And in place of Community Chest cards, this Monopoly rendition has “Friends” cards. It also features “Hideouts” instead of houses and “Compounds” rather than hotels.

There’s also “The Godfather, Last Family Standing Board Game,” which involves a hand of cards that enables players to “bump off” other players; duck behind a car, make alliances or run off to Las Vegas or Italy. It only requires three to six players (ages 14 and up) and 30 minutes to play. (Both games are available on Amazon.com.)

“You never know when you’re gonna have to cook for 20 guys.” — Peter Clemenza

As for pasta, if you’re looking to honor the home country’s most favored type, feature the most popular: penne (according to italianfoodexperts.com). Other top pastas include spaghetti, fusilli, rigatoni and tagliatelle.

If you don’t like the taste of liver, specifically chicken liver, you may want to flip back to the sports or opinions page. This recipe was spurred on by a comment from a friend of mine on social media. I asked on our ...Read More

We got boozy tips from experts at ABC Fine Wine & Spirits.

When Halloween falls on a weekday, we like to double down and create a spine-tingling spread worth staying in for. To accompany your ghoulish bites, try crafting ...Read More

Just as the main-course proteins such as burgers, barbecue chicken, brisket and ribs are expected at a Labor Day bash, so are the sides.

Sides offer a variety of textures and tastes and very accommodating to the different...Read More

According to “A Brief History of Pie,” published by Time magazine, pies — formally known as “pyes” — can be traced back to ancient Greece and became popular among the masses in medieval England. Mostly savory ...Read More

Labor Day is generally considered the unofficial end of summer and all the fun things that go with it.

Come September, the kids are back in school, the ...Read More

Certain meals are simply fun to prepare and fun to eat. In my opinion, grilled shish kebabs definitely fall into that category. Not only are they perfect for grilling, the end result Is a meal that covers everything: meat,...Read More