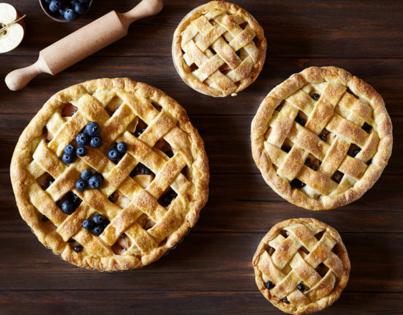 According to “A Brief History of Pie,” published by Time magazine, pies — formally known as “pyes” — can be traced back to ancient Greece and became popular among the masses in medieval England. Mostly savory in nature, pyes were filled with whatever local game presented itself, including magpie pigeon.

Now, pies have become one of America’s favorite pastries (sans pigeon for the most part). And while Thanksgiving may be one of pie’s major holidays to shine, summer shares an opportunity to showcase seasonal, flavorful fruit options. Before autumn makes its entrance, entertain friends, family and visitors with a flaky, fruity and sweet summer fruit pie party.

Who better to consult with about pies than a culinary expert? According to Roger Sitrin, lead recreational chef instructor at the Institute of Culinary Education (www.ice.edu), one element is key. “The secret to a good pie goes deeper than the filling: It all starts with a good crust.

“I have been working with a recipe that I absolutely love,” Sitrin says. “It’s made with butter, flour, water and salt — that’s it!" (See cherry pie recipe below.)

Capri Cafaro, pie connoisseur and host of the “Eat Your Heartland Out” podcast on SiriusXM's Rural Radio, offers a simple but fascinating twist on an apple pie crust by incorporating cheddar cheese and saltine crackers. The mix of sweet, tangy apples paired with a savory cheddar, soda-cracker crust is what she refers to as a “truly authentic representation of New Hampshire.” (Check out the recipe in Cafaro’s cookbook, “United We Eat.”)

Regardless of where you live, Sitrin considers universal key components when preparing a pie’s pre-bake foundation.

“When making the pie dough, technique, temperature and timing are everything,” Sitrin says. “I use a stand mixer to make my dough and start with half the flour and all of the butter. This helps you get that perfect mix of butter and flour without overworking the butter into the flour.”

Once the initial ingredients are mixed, Sitrin adds the remaining flour and a small amount of water as needed. “Then I turn on the mixer until it just comes together, and then that’s it,” he says.

In terms of temperature and timing, Sitrin stresses the importance of not touching the mixture or breaking up lumps of butter. Nor should the dough be rolled out. Instead, he advises forming the dough into a ball and then gently flattening it into a disk. Then, the dough should be refrigerated for at least 30 minutes before rolling it out and putting it in a pie tin.

Once your crust has been properly prepped, rolled and baked to perfection, it’s time to ponder what filling to top it with.

Labor Day is generally considered the unofficial end of summer and all the fun things that go with it.

Come September, the kids are back in school, the ...Read More

Certain meals are simply fun to prepare and fun to eat. In my opinion, grilled shish kebabs definitely fall into that category. Not only are they perfect for grilling, the end result Is a meal that covers everything: meat,...Read More

Last night I smoked some spare ribs. I’m always curious to know the true opinion of those who eat the food I prepare. I mean, I REALLY want to know their TRUE opinion. So, this morning, I asked Liz what she truly thought...Read More