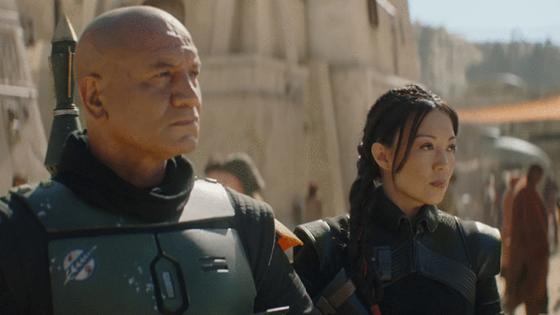 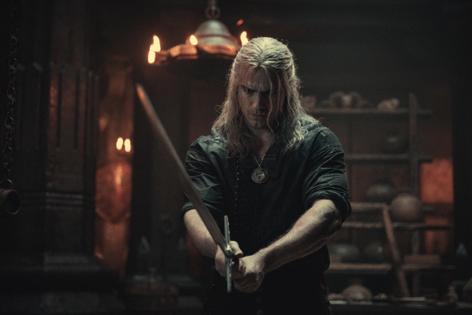 The year may be drawing to a close, but the onslaught of prestige TV isn’t slowing.

Here’s a look at the December premieres that have my fanboy senses tingling.

If you missed this show when it debuted on Netflix in 2018, go binge its first two seasons immediately.

Yes, I know that the original show (1965-68) devolved into camp and monster-of-the-week nonsense. But the new show avoids all of that for a riveting, well-acted, high stakes sci-fi tale with top-notch special effects that is also, at its core, a heartwarming family adventure.

The cast from the original is the same, but with acute differences for many of the characters. Judy (Taylor Russell), for example, is adopted. Maureen and John Robinson (Molly Parker and Toby Stephens) are on the verge of divorce when the show begins. Don West (Ignacio Sericchio) isn’t an upright military man this go-round, but is instead a former smuggler. And so forth.

Dr. Smith is still the scoundrel throwing monkey wrenches into the Robinsons’ plans. Jonathan Harris (“Oh, the pain, the pain!”) played the character one part evil and two parts ridiculous in the ‘60s, but the modern Parker Posey version is two parts evil and another part evil, all covered in a glaze of cunning manipulation.

And the robot? Well, he’s still attached to Will (Maxwell Jenkins), but his origins are extraterrestrial and his original programming — to kill the humans who stole his race’s tech — sometimes kicks in. And that is “Danger, Will Robinson” at DEFCON 1.

All 10 episodes of season three dropped Dec. 1, and sadly, that’s the end for this show. (Which, according to various interviews, was always the plan.) Prep a binge and get lost in space yourself.

Here’s another riveting, well-acted, high stakes sci-fi tale with top-notch special effects that I insist you binge watch immediately if you haven’t already. I am nothing if not consistent.

The six episodes that comprise season 6 begin Dec. 10, and that will be the end of this series. Probably. It ran for three seasons on Syfy before cancellation, whereupon it was picked up by Amazon Prime for another three seasons (reportedly because Jeff Bezos was a fan). So it’s possible it could find a third home, although given the expense of its awesome special effects, that seems unlikely.

But there is more story to tell. The show is based on the nine-book series by James S.A. Corey, and seasons 1-6 only covered the first six books. Books 7-9 are set after a 30-year time jump, so we’re at a natural stopping point. But it sure would be nice to see those last three books brought to life on the screen.

Anyway, if you’re new to the show, it’s set in a future with Earth overcrowded, Mars being terraformed and the asteroids between worlds inhabited by a third group, the Belters, who are evolving for life in zero-G. These three societies are in tension at the beginning of the show — a perilous political situation that is complicated enormously by the appearance of wormholes to other solar systems.

War is already in progress as season 3 begins Dec. 10, so bring your helmet.

Based on the 2014 novel by Emily St. John Mandel, “Station Eleven” is set after a flu pandemic kills most of the Earth’s population.

Yes, I know we’re all tired of pandemics. And, despite being a lifelong sci-fi fan, even I’m experiencing post-apocalypse-story fatigue. But if nothing else, the show is timely.

Mackenzie Davis (“Halt and Catch Fire,” “Terminator: Dark Fate”) leads an ensemble cast as an ensemble player in a Shakespeare company that travels the depopulated Great Lakes region. It’s a strange premise, but you have to admit it differs from all the other survivor stories out there.

While shows like “The Expanse” are intellectually exciting, I won’t say the same for “The Witcher,” based on the novels of Andrzej Sapkowski. It’s a story about a monster hunter in a vaguely medieval, D&D sort of setting, which isn’t exactly highbrow.

It’s brain candy. It’s also eye candy, since it stars an attractive trio in Anya Chalotra, Henry Cavill and Freya Allan. And the subtext is about racial prejudice, in that Cavill’s character, Geralt of Rivera, is the “witcher” who hunts monsters, but is also regarded by normies as a monster himself. Bounty hunting monsters is how he survives, while being despised (and potentially murdered and/or ripped off) by those who hire him.

Are those reasons enough to watch this show? You bet your buccaneer boots they are!

All eight episodes of the COVID-delayed second season of “The Witcher” drop Dec. 17 on Netflix.

THE BOOK OF BOBA FETT

If you’ve been watching “The Mandalorian” (and if not, why not?), then you already know the basic premise of “Boba Fett,” which was set up in the first two seasons of the parent show.

To wit: Boba Fett (Temeura Morrison), having recovered his armor from Din Djarin (the titular Mandalorian in the mothership), has returned to Jabba’s palace on Tatooine to take over the dead Hutt’s criminal organization. (And he shot Bib Fortuna to do it!)

He is aided by Fennec Shand (the always watchable Ming-Na Wen), who is loyal to Fett because he saved her life when she was left for dead by Toro Calican (Jake Cannavale) in season one of “The Mandalorian.”

This raises three pertinent questions. 1) What does Fett intend to do with Jabba’s organization? He’s a bounty hunter, not a criminal mastermind. 2) Why is the show named “The Book of Boba Fett” when it’s unlikely the mercenary would every write such a thing? Is there maybe a narrator/biographer telling the story? Maybe Fennec Shand has literary pretensions? And 3) Why is Tatooine, described early in the Star Wars saga as a backwater planet, involved in every major galactic event?

That last question has been bothering me for years. Maybe we’ll find out when the first of seven episodes of “The Book of Boba Fett” streams on Disney+ on Dec. 29.

Last week was a big week for genre TV premieres. Let’s get started:

The CW’s “The Flash” started its eighth season with a five-part story called “Armageddon” on Nov. 16, which will run Tuesdays ...Read More