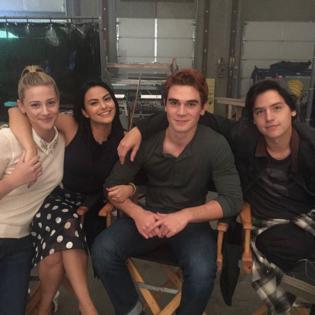 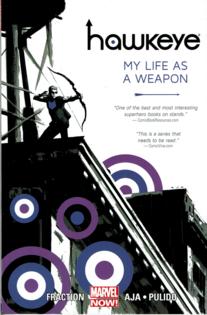 “Marvel Studios’ 2021 Disney+ Day Special” (Nov. 12, Disney+): A whole bunch of stuff will be happening all over Mouse properties and platforms on Nov. 12 — the two-year anniversary of the debut of Disney+. This special will offer sneak peeks into upcoming content from Disney, Pixar, Marvel and Star Wars (possibly as a counter to Warner Bros.’ Oct. 16 DC FanDome, a similar media foray).

It should be noted that “Shang-Chi and the Legend of the Ten Rings” and “Jungle Cruise” will become available to Disney+ subscribers on Nov. 12, and a Boba Fett special will debut as well.

“Blade Runner: Black Lotus” Season 1 premiere (Nov. 13, Adult Swim): The original “Blade Runner” movie was set in 2019. (Yes! That dystopic Los Angeles, with Replicants running around killing people, where it rains all the time, and Harrison Ford does a voiceover to everything, has already happened! Deal with it!) A later short film established that in 2022, an event called “The Blackout” occurred, where Replicants set off an EMP (electromagnetic pulse) over L.A., and attacked the Tyrell Corporation, and achieved, ah, something or other. (You can watch it on YouTube.) Then, the sequel to the original movie, “Blade Runner 2049,” was set in … oh, right. 2049.

Got all that? Because this animated series is set in 2032, after the EMP but before the sequel. “Blackout” is a huge element in this series, which stars a Replicant (the Black Lotus of the title, voiced by Jessica Henwick), who is doing … something! I can’t tell what from the trailers. But it involves a lot of hitting! In the rain! With a voiceover!

“The Freak Brothers” Season 1 premiere (Nov. 14, Tubi): If you don’t remember the Fabulous Furry Freak Brothers, it’s because you’re under the age of 50. (You young punk.)

Back in the Long-Before Time (the 1960s), Baby Boomers were still cool. They demonstrated against the Vietnam War; tuned in, turned on and dropped out; and tried to fight The Man. It was a weird time, which was reflected in pop culture.

Marvel Comics exploded in that world, one whose tastes were dictated by rebellious twentysomethings (who were yet to be called that). And in Marvel’s shadow, the Undergrounds grew as well.

Underground comics — actually, the preferred term was “comix” — were subversive, often incomprehensible, bits of naughty business written and drawn by mostly anonymous and mostly stoned hippies, yippies and ne’er-do-wells in places like Haight-Ashbury and Greenwich Village, published by God-knows-who and distributed only in “underground” establishments like head shops. (If you don’t know what a head shop is, Google it.)

Which is where the Fabulous Furry Freak Brothers lived, in titles like “Feds ‘n’ Heads” and “Bijou Funnies.” Written and drawn by Gilbert Shelton — who was good enough that he could have had an “above-ground” career if he wanted one — the Freak Brothers were the Three Stooges redux. If you squinted just right, that is, and if the Stooges’ only purpose in life was to score dope.

“The Flash” Season 8 premiere (Nov. 16, The CW): This season will launch with a five-part epic titled “Armageddon,” which is the name of a 2001 event in DC Comics which seems to have no connection whatsoever to this story.

“Riverdale” Season 6 premiere (Nov. 16, The CW): The Season 5 finale was only a couple of weeks ago, but there are some things you need to know. To wit: Archie (KJ Apa) is now with Betty (Lili Reinhart), Jughead (Cole Sprouse) is with Tabitha (Erinn Westbrook), Veronica (Camila Mendes) is with Reggie (Charles Melton), Toni (Vanessa Morgan) is with Fangs (Drew Ray Tanner) and Alice (Mädchen Amick) is with Frank (Ryan Robbins). Hiram Lodge (Mark Consuelos) is no longer a regular on the show (although he may show up in cameo or as a guest star), but he left a bomb to kill Archie and Betty, which it obviously won’t (since they have plot armor). Nice cliffhanger, though.

But it’s also important to know that Cheryl Blossom (Madelaine Petsch) has discovered that the ancestors of some of our principals (Archibald Andrews, Jedediah Jones, Beatrice Cooper) burned one of her ancestors (Abigail Blossom) at the stake, and Cheryl has taken up the curse on Riverdale that her predecessor began. “I repudiate you with my dying breath. And in Satan's name, I curse you. … My revenge will strike down you and your accursed houses. And I will bathe in the blood of your sons and daughters. Immortal, I shall return, again and again, to torment and destroy you.”

This begins a five-part opening story that will involve the appearance of someone who has been promised forever and will now appear: Sabrina Spellman (Kiernan Shipka). Yes, she died at the end of her own series on Netflix, but that’s just details.

“Marvel’s Hit-Monkey” Season 1 premiere (Nov. 17, Hulu): This animated show stars a Japanese snow monkey seeking revenge for the death of his tribe, and uses a lot of big guns to do it. It’s pretty ridiculous, especially when you consider that the reason Hit-Monkey can behave like a human being is because he’s being advised by one: the ghost of an American hitman. Yes, it just got more ridiculous. Roll with it.

The Avenging Archer started out wanting to be a hero, but he got tricked into being a villain by Black Widow. Then he became an Avenger, but an immature one who kept ragging on Captain America. (Which didn’t work, because Steve Rogers’ super-power is being The Most Mature Person in the Room, and he endured Clint’s taunts with Zen-like, parental calm, patiently reminding Hawkeye that he wasn’t living up to his potential.)

Then Hawkeye grew up (a little), got married, and ran his own superhero teams for a while. Before succumbing to his innate Hawkeyeness, and lost all of that.

But he’s terrible at everything else, including capital-L Life. Plus, he’s funny.

So the most recent Hawkeye solo series, several of them actually, depicted a humorously lazy and frat-boyish Clint Barton living in slovenly, collegiate squalor in a Brooklyn brownstone (paid for by the Avengers), drinking beer, eating pizza, playing with his one-eyed golden retriever (Lucky the Pizza Dog) and skirmishing with members of the Russian Mob, who all wear track suits, are indistinguishable from one another, and use the word “Bro” a lot. It was sort of white-boy privilege superhero-ing.

Just to complicate matters, though, an extremely rich, Type-A, incredibly competent and ambitious teen name Kate Bishop, who is also really, really good at shooting arrows (She never misses! It’s a gift!) decides that Clint is her mentor. And that she is also going to be named Hawkeye. And she will superhero with him, whether he likes it or not. And also make him tidy up now and then, because dude.

Yes! The sidekick is the adult! Everybody shoots arrows really, really well! The dog is the most relatable person in the room! Hi-jinks ensue!

So then comes the Marvel Cinematic Universe, where Hawkeye (Jeremy Renner) is, I think I can say without contradiction, World’s Most Boring Avenger. I have no idea how they’re going to combine these two visions of the Amazing Archer(s). But “Hawkeye” is going to.