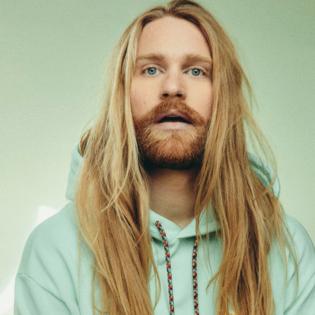 Sam Ryder wants to collaborate with Sia after Eurovision.

The 32-year-old singer - who shot to fame in lockdown on social media app TikTok - is set to represent the UK at the final of Eurovision Song Contest on Saturday (14.05.22) with his song 'Space Man' and wants to work with the 'Cheap Thrills' songstress because she noticed him in the first place.

Asked who he wants to collaborate, he said: "Sia. She would be amazing. Not only is she incredible as a singer, musician, writer and person. But she was the first person to root for me on social media in lockdown. Justin Bieber sent my video to her, which is a bonkers sentence and she posted it on her Instagram page with a really kind, encouraging message underneath it and it would be really nice to complete the circle and meet with her, work with her. That would be a dream come true!"

The 'Tiny Riot' hitmaker was also spotted by 'New York' singer Alicia Keys on the social media app and noted that he would be "spoilt for choice" if he had to choose between the "two best female singers.

He told BANG Showbiz and other outlets: "Alicia Keys is a legend, one of my absolute favourites. So I guess I'm spoilt for choice - they are the two best female singers there!"

Meanwhile, Sam joked that after the competition, he is looking forward to watching himself on 'Gogglebox' and claimed that it would he "high tide" to see ordinary families react to his television moment on the hit Channel 4 reality show.

He said: "[After the contest], I'll be at home watching 'Gogglebox'. Which is weird because I'll probably be on 'Gogglebox'! We're getting very meta at this point but that would be high tide!"

'The Eurovision Song Contest' is set to air from 8pm on Saturday 14 May on BBC One, with Graham Norton as host.

Andy Cohen is excited about trying different hairstyles on his daughter.

The 'Watch What Happens Live' host welcomed baby Lucy into the world via surrogate last month and he admitted one of the things he's most looking ...Read More

Anna Delvey is planning to hold an art show.

The con artist - born Anna Sorokin and nicknamed the Soho Grifter after she defrauded friends, hotels and financial institutions while vying to create a members' only art space...Read More

Dakota Fanning wears a necklace with her late dog's hair inside.

The 'Alienist' star says she sports the gold accessory with the canine's fur inside it as a "shrine" to her beloved pooch Luwellen in order to keep her ...Read More

Kristin Chenoweth is "haunted" by narrowly avoiding being a victim of a childhood tragedy.

The 53-year-old actress was supposed to go camping with her Girl Scouts troop in 1977 but had to miss the trip when she fell ill, ...Read More

Julian Fellowes turned 'Downton Abbey' into a film franchise to ease the workload on the cast.

The 72-year-old screenwriter created the period drama - which has transitioned from the small to the big screen - and feels ...Read More

Hayden Christensen is grateful to finally be embraced by 'Star Wars' fans.

The 41-year-old actor portrayed Anakin Skywalker/Darth Vader in the prequel trilogy of the sci-fi franchise and is pleased that the movies have ...Read More