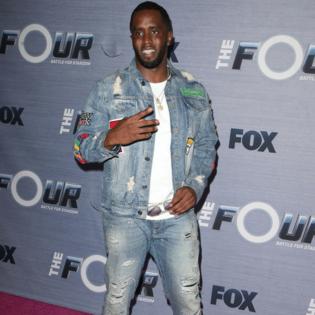 Sean 'Diddy' Combs has declared he is "uncancelling" Morgan Wallen and Travis Scott.

The 52-year-old star will host and executive produce this weekend's Billboard Music Awards' and he explained his decision to have the country singer - who apologised last July after using racist language - and the 'Sicko Mode' hitmaker, whose Astroworld festival ended in tragedy when 10 revellers were killed and hundreds injured in a crowd surge, on the bill was because he wanted to give them a second change.

He told Billboard: "The mood of the show is about love and forgiveness.

"So one of the things I'm doing directly is un-cancelling the canceled. That's breaking news because people haven't been about uncancelling. But cancelling is a trend that needs to stop.

"Travis went through a tragedy; Morgan (used the N-word) while talking to his boy. People make mistakes.

"Now we're moving on with love and respect for everybody that was hurt or affected. It's time to forgive.

"To have Morgan and Travis be able to come back and touch the stage again with the mindset of getting a second chance at life.

"Everybody in the room is getting a second chance at life, you know, because we're back outside with no masks on.

"We need love and I'm excited about celebrating that."

Morgan apologised in July after footage emerged of him using the N-word twice after returning from a boozy night out.

He was disqualified from the Academy of Country Music Awards, but has since returned to Billboard's country airplay chart and it was announced a few weeks ago he would perform at Sunday's (15.05.22) ceremony.

MRC Live Alternative, who produce the event, said: "After a thorough review and robust discussions internally and with the artist's team, in which we found a demonstrated and ongoing commitment to meaningful work and outreach, we extended an invitation to participate in this year's show."

James Wan has a "drawer full of ideas" waiting to be turned something.

The co-creator of horror franchises 'Saw' and 'Insidious' previously revealed that the 'Aquaman' sequel will pay homage to his love of horror, ...Read More

The Duke and Duchess of Sussex will fly to the UK from their home in California with children Lillibet and three-year-old ...Read More

Jarvis Cocker always dreamt of "stardom" - but didn't like it when he attained it.

The former Pulp frontman - who has penned the new book 'Good Pop, Bad Pop' about his early upbringing and relationship with music - admits...Read More

Matthew Morrison has left 'So You Think You Can Dance' after he failed to follow "production protocols".

The former 'Glee' star has exited the show just one week after the season 17 premiere and issued a statement ...Read More

The 51-year-old actor stars as Cyclone in the long-awaited action sequel and says it was a dream come true to be part of a movie with such...Read More

The upcoming movie is based on the true-life case of Trish Weir - who was kidnapped and raped in 1963 by Ernesto Miranda...Read More