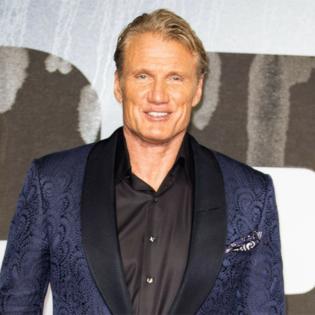 The 64-year-old actor was staying in an "18th-century manor house" during the Swedish winter when he had a "supernatural" encounter.

Asked if he's ever seen a ghost, Dolph replied: "I haven't seen one, but I think I heard one many years ago in Sweden. I was staying in this 18th-century manor house in the middle of winter with my half-brother and his dad, to go hunting.

"I woke in the middle of the night, got really cold, felt something in the room and got really scared. I usually don't get scared. Then I heard this woman speaking on the phone in old Swedish or something, but I couldn't really make out what was going on.

"There were no women in the house, but there was one of these old wooden phones outside in the corridor and all these pieces of luggage that used to be owned by my half-brother's dad's mother. She had killed herself in the room next to mine, but I didn't know any of this until the next day.

"That was the first time I felt that there was something supernatural. I never went back to spend another night in that place."

Dolph was a European karate champion in the early 1980s, before he turned his focus to acting.

And the Hollywood star - who shot to fame in 'Rocky IV' - now wishes he could've pursued acting in "a more serious way".

He told the Guardian newspaper: "It was more like therapy for me. If I was a young man today, I would probably still want to pursue acting and directing, but maybe have a chance to train without being thrown into it, which happened in my case.

"I got famous in one movie and then was suddenly starring in big movies, not really knowing what I was doing. I didn't have much technique as an actor and I had to figure it out. So, I would probably pursue acting in a more serious way."

Dakota Johnson hopes to "make a difference" in the movie industry.

The 32-year-old actress - who is the daughter of Don Johnson and Melanie Griffith - is determined to make a meaningful impact in Hollywood after "growing ...Read More

Chrissy Teigen and John Legend have put their New York City property on the market for $18 million.

The 36-year-old model and the Grammy-winning musician have decided to put their property in Manhattan up for sale as they...Read More

Adele "will do everything she can" to reschedule her Las Vegas residency as soon as possible.

The 33-year-old singer was forced to postpone her shows at Caesars Palace after COVID hit her backstage team, but Adele is ...Read More

Christina Aguilera "couldn't be happier" for Britney Spears after her conservatorship was terminated.

The 40-year-old pop star had her 13-year conservatorship ended in November, and Christina has now expressed her support...Read More

Zoe Kravitz found shooting 'The Batman' amid the COVID-19 pandemic to be "a little bit sad".

The cast and crew were all forced to follow strict rules while filming the much-anticipated movie, and Zoe admits it was a "very...Read More

Bryan Cranston has hailed Louie Anderson as an "expert in the craft of comedy".