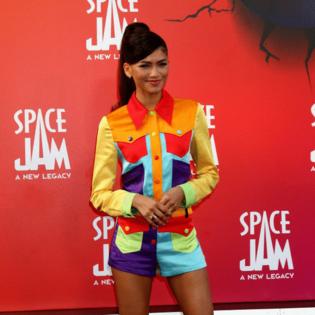 Zendaya has "always wanted to get into photography".

The 25-year-old star began her career as a child model and a back-up dancer, but Zendaya has always had a strong interest in photography.

She shared: "I've always wanted to get into photography.

"My grandfather passed when I was 11, but have a lot of his photography in my home. And my mom would tell me stories about how he'd go out and use his light meter, sometimes spend all day taking photos of the same thing as the light changed."

Zendaya's understanding of photography has developed over time, and she now takes a hands-on role with her own photoshoots.

Speaking to Interview Magazine, the Hollywood star explained: "As I got older, and with as many photoshoots as I've been on, I really started to understand and learn more about light - how it's reflected and what lights are being used.

"I've now gotten to the point where I love working with certain photographers that understand light and allow me to play with the lights, because I'm like, 'Okay, listen. Your girl likes to have her light from here.'"

Meanwhile, Timothee Chalamet recently heaped praise on Zendaya, describing the actress as "one of the most grounded people" in the film business.

He said: "It's just amazing she is so consistent.

"It's a crazy business and Zendaya is one of the most grounded people I know doing this and it's reassuring to have a friend like that because it can be an absolute circus."