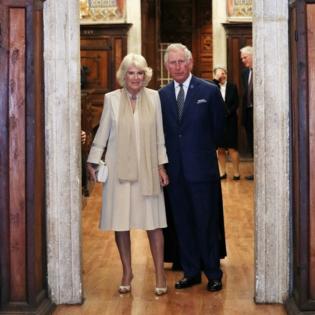 Prince Charles and Camilla, Duchess of Cornwall have urged anyone hesitant to get vaccinated against COVID-19.

The royal couple hailed the "ingenuity and determination" of those involved in the vaccination drive on the anniversary of the first jab in Britain.

A statement from Charles and Camilla read: "We can only urge you to look at the evidence in our intensive care wards.

"People who are unvaccinated are at least 10 times more likely to be hospitalized or die than those who have had two vaccine doses."

The pair also revealed that they had received their booster injections as they urged those who have any doubts to listen to the warnings of those working in the NHS, who have spoken of the heightened risks facing people who have not been vaccinated.

They said: "That is why we urge everyone to get vaccinated and to take up the booster, as we have done ourselves."

Charles and Camilla also paid tribute to the work of the NHS as more than 100 million doses have been delivered since the first jab back in December 2020.

The couple added: "We can only offer our most heartfelt thanks and congratulations to all the scientists, volunteers and workers across the NHS who have helped bring about this extraordinary achievement."

Charles, 73, contracted COVID-19 in March last year and later admitted that he feels "lucky" to have got away with it lightly.

He said: "I've had it, and I can so understand what other people have gone through. And I feel particularly for those for instance, who have lost their loved ones and have been unable to be with them at the time. That to me is the most ghastly thing."

Matt Bellamy "embarrassed" his kids dancing in the crowd at a Twenty One Pilots gig.

The Muse frontman - who has Bingham, 10, with Hollywood star Kate Hudson, and 19-month-old Lovella with model Elle Evans - took to ...Read More

Andrew Garfield believes lying about his appearance in 'Spider-Man: No Way Home' was the "right thing to do".

The 38-year-old actor reprised his role as Peter Parker/Spider-Man - where he and fellow former Spidey Tobey ...Read More