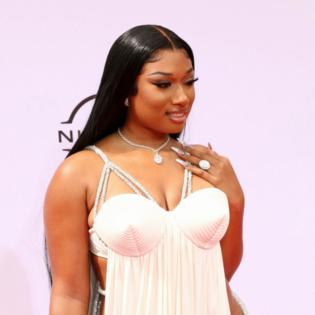 The 26-year-old rap star is set to graduate from Texas Southern University later this week, and she's offering her fans the chance to join in with her celebrations.

Megan - who studied health administration at the university - wrote on Twitter: "Houston Hotties!! [tongue-out emoji] 4 more days til I graduate & I wanna celebrate the moment w some of you !!! Text #HottieGraduation to +1 (832) 210-1202 w your name & email for a chance to celebrate with me and thee hottiesss [fire emoji] (sic)"

Megan has managed to balance her studies with her burgeoning music career over recent years.

And the 'WAP' hitmaker - who is now one of the world's best-selling artists - previously explained why she's so keen to graduate from university.

She said: "I want to get my degree because I really want my mom to be proud. She saw me going to school before she passed."

Megan - whose mother died in March 2019 after battling brain cancer - is also determined to graduate for the other women in her family.

The rapper explained that her mother and her grandmother, in particular, have helped to make her the woman she is today.

Speaking about her ambitions, Megan - who released her debut album, 'Good News', last year - explained: "I want my big mama to be proud. She saw me going to school before she passed.

"My grandmother that's still alive used to be a teacher, so she's on my butt about finishing school. I'm doing it for me, but I'm also doing it for the women in my family who made me who I am today."