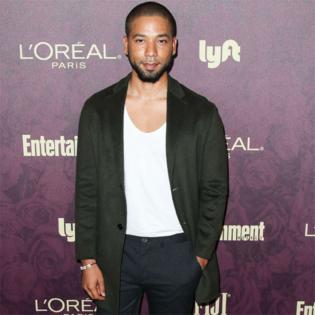 Jussie Smollett has insisted "there was no hoax" as he testified in court over claims he staged a racist and homophobic attack.

The 39-year-old actor - who faces six felony disorderly conduct charges for allegedly filing a false police report over the incident in Chicago on January 29, 2019 - appeared in court in his own defence on Monday (06.12.21).

He has stood by his claim that the assailants tied a noose around his neck as he rejected earlier testimony from brothers Abimbola and Olabinjo Osundairo.

Last week, they claimed he orchestrated the attack and paid them $3,500, but he has insisted the payment was for a meal and workout plan while he was travelling.

He told his defence lawyer that he "never" gave Abimbola Osundairo payment for the scheme.

He told jurors in the Chicago court: "There was no hoax."

As reported by the Chicago Tribune, the 'Empire' actor told jurors he was returning home in the early hours after buying a Subway sandwich when the alleged attack took place.

He claimed one of the attackers - who was "massive" and wearing a ski mask - shouted that it was "Maga country", which he believed to be a reference to then-United States President Donald Trump's "Make America Great Again" slogan.

The two brothers claimed last week that Smollett told them to shout the phrase during the alleged attack.

On Monday (06.12.21), the actor said that after the incident, he got back to his apartment building and "realised that the rope was around my neck".

He said he didn't call the police because "as a black man in America, I don't trust the police", and he added he was angry when his manager did call the authorities.

It's been alleged that Smollett staged the attack to boost his profile due to being "dissatisfied with his salary" on 'Empire', although he has said by the fifth season he was being paid $100,000 per episode.

He was written out of the hip hop drama following the alleged hate crime hoax, and he said this week in court he had lost his livelihood.

If convicted, a prison sentence of up to three years is not unheard of, however, it has been claimed that Smollett could end up on probation and even given community service.