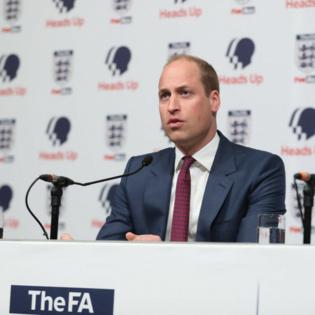 Prince William felt like "the whole world was dying" following a traumatic day at work.

The 39-year-old royal worked as an air ambulance pilot with the East Anglian Air Ambulance between 2015 and 2017 and he admitted some of the "difficult situations" he faced took a toll on his mental health.

Speaking on the Christmas episode of Apple Fitness+'s 'Time to Walk' series, he reflected about one incident:

"Immediately it became clear that this young person was in serious difficulty, sadly been hit by a car. And of course there are some things in life you don't really want to see.

"And all we cared about at the time was fixing this boy. And the parents are very hysterical, as you can imagine, screaming, wailing, not knowing what to do, you know, and in, in real agony themselves. And that lives with you."

The team stabilised the young patient, but once he was off duty, William - who has three children with wife Catherine, Duchess of Cambridge - could still feel a "real tension" inside of him and he felt unhappy for weeks afterwards.

He said: "I went home that night pretty upset but not noticeably.

"I wasn't in tears, but inside, I felt something had changed. I felt a sort of, a real tension inside of me...

"It really hit me weeks later. It was like someone had put a key in a lock and opened it without me giving permission to do that. I felt like the whole world was dying. It's an extraordinary feeling.

"You just feel everyone's in pain, everyone's suffering. And that's not me. I've never felt that before.