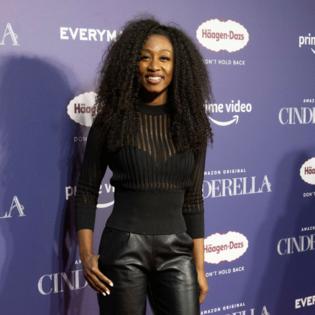 The 48-year-old star is keen to celebrate a decade of being married to production technician James O'Keefe in September 2022, but she admitted they haven't started planning anything just yet.

She told HELLO! magazine: "I have no idea of how we're going to mark it, but mark it we shall. Make no doubt about that."

Beverley admitted tying the knot in 2012 marked the end of the "best summer of [her] life".

The 'Shoulda Woulda Coulda' hitmaker's plans for the future also include getting some more furry friends for her beloved dog Zain.

She said: "One day we'll move to somewhere where we've got lots of space and we will adopt more dogs - there's no two ways about it.

Beverley's dream marks a significant change for the star as she was afraid of dogs for years.

She admitted: "My sister-in-law, who lives in the US, had an American pitbull called Blue. I was so fearful of him when I went to stay, but when I first met him, he didn't jump up or do any of the things I thought dogs usually do.

"By the end of the week staying at my sister-in-law's house, he had changed my mind completely.

"He was the catalyst for us adopting Zain. I've turned into a dog whisperer now. All the dogs in the park come up to me - I must smell of treats."