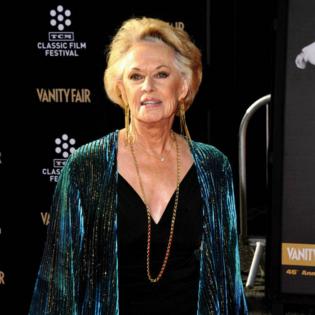 The 91-year-old actress has been open about her experiences working with the famed director, and previously claimed in her memoir that he had sexually assaulted her several times when they worked together on 'The Birds' and 'Marnie'.

She refused to work with him after 1964's 'Marnie' but he held her to their contract, which stopped her working for anyone else for the next two years.

She told Closer US: "He ruined my career, but he didn't ruin my life."

She added: "I still admire the man for who he was. I've been able to separate the two. The man who was the artist.

"But on the other side, there is that dark side that was really awful."

Tippi explained that she "never" saw herself becoming an actress, but he spotted her in an advert for diet drink Sego, and offered her a seven-year deal.

She explained: "I never wanted to be an actress. I was lucky he saw that commercial. He had a lot to do with shaping my career, nad having him as my drama coach was perfect."

Meanwhile, the star - who continued to act after their contract and went into work as an animal rights activist - opened up on Hitchcock's behavior on set, insisting "his eyes would be fixed" even if he was speaking to other people.

She said: "Every time I'd be talking with a male member of the cast or crew, my next change with Hitchcock would be icy.

"If he was talking to a group of people on the other side of the soundstage, his eyes would be fixed on me."

The 'I Heart Huckabees' hitmaker recalled her experiences with Hitchcock - who died in 1980 - in her 2016 autobiography, describing how he often had his driver go past her house and during shooting of 'The Birds', he asked her to "touch him".

And Tippi told of the "awful, awful moment" when Hitchcock tried to force her to kiss him in the back of a limo, as well as when he "put his hands" on her in a "perverse" moment in her dressing room while shooting 'Marnie'.

But she never told anyone at the time because "sexual harassment and stalking were terms that didn't exist" in the early 1960s.