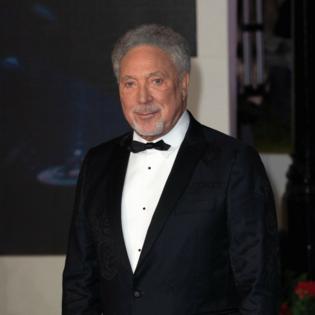 Sir Tom Jones won't "push away" the idea of his own mortality.

The 81-year-old singer has accepted he won't "live forever" and is determined to make the most of his life, however long he has left.

He said: "You have to realize, how long do I have? You can't push it away. I'm not going to live forever."

A decade ago, the 'Delilah' hitmaker began to move away from his sexy image because he began to properly consider his legacy.

He told the i newspaper: "You don't realize what's happened to you over the years, what image gets formed. Then all of a sudden, I'm thinking my God, what have I become?

"When I'd see someone doing an impression of me, I'd think, Jesus, I mean - is that it?

"So you do think about these things as you get older. You don't want to leave this world just with that."

And though Tom isn't "ashamed" of any of his past music, the 'Sex Bomb' hitmaker wants to make records with more meaning now.

He said: "I'm not ashamed of anything that I've done recording-wise in the past. But time is getting shorter. I want to keep doing important things. And that's for my legacy".

The 'Green Green Grass of Home' singer's beloved wife Linda died of cancer in 2016 and Tom only carried on singing after her passing because she had urged him to.

Speaking of his cover of Bernice Johnson Reagon's 'I Won't Crumble With You If You Fall', the title track on his new album 'Surrounded By Time', he said: "I didn't know if I was going to carry on [singing] "But she told me that I had to. And she told me not to fall, not to crumble.

"When I heard that song, I thought, 'Oh my God, it's like the last two weeks that I had with my wife.' I think she would have wanted me to do that song."

J.K. Simmons was reluctant to star in 'Being the Ricardos'.

The 67-year-old actor plays William Frawley in Aaron Sorkin's movie - which delves into the relationship between the 'I Love Lucy' stars Lucille Ball (Nicole ...Read More

The 44-year-old actress portrays the late televangelist in the new movie 'The Eyes of Tammy Faye' and believes it the way to atone ...Read More

Tove Lo would like to see Damon Albarn and Taylor Swift mend their rift by collaborating.

The Swedish pop star - who has co-written hits for the likes of Dua Lipa, Lorde and Ellie Goulding - has spoken out in support of ...Read More

Chris Brown is being sued for $20 million by a woman accusing him of rape.

The 32-year-old singer has been hit with a lawsuit by an anonymous woman, who has claimed he drugged and raped her on December 30, 2020.

President Joe Biden, Drew Barrymore and Goldie Hawn will be among those to celebrate the life of the late Betty White in a TV special.

The former 'Lost' actress was among the demonstrators in Washington, D.C., and explained she attended the controversial protest...Read More