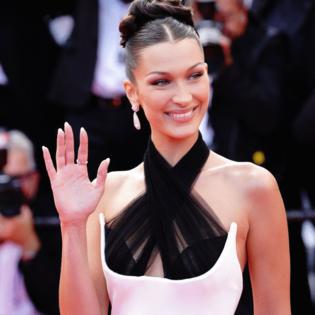 The 25-year-old supermodel - who first modelled for the chain in 2015 and walked in their famous runway shows in 2016, 2017, and 2018 - has returned to the newly-revamped lingerie brand for their 2021 holiday campaign and was recently announced as a VS Collective Member, but admitted it took a long time for her to agree to work with the company again.

She said: "[It took] almost a year and a half to take a meeting with the brand. Even having that conversation was very complicated for me because of the way that I had felt in the past."

But Bella was won over by a presentation from the firm - who faced criticism for their lack of body diversity in their models and were embroiled in a scandal when former executive Ed Razek was accused of sexually harassing models, including the brunette beauty - which persuaded her they were making genuine changes.

She told America's Marie Claire magazine: "They came to me with a big presentation about everything that they've changed, the way that they're moving forward with not only body diversity, but diversity of women in general."

And Bella praised her new contract with the brand for being empowering to the models, as they can set their own boundaries.

She said: "We don't have to do anything, basically, that we don't want to do. We don't need to show parts of our body that we don't want to show. That's really important for us as women, because sometimes, going into these sets, we do lose our boundaries. And our boundaries are not accepted. I know first hand how Victoria's Secret used to make me feel, and now, going onto set every day, there is just an energy that's switched."

Razek previously denied the allegations against him.