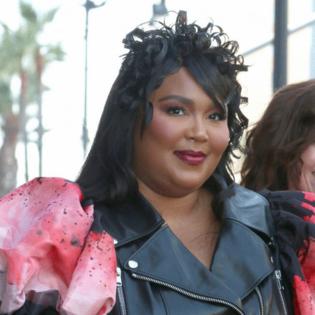 Lizzo revealed Adele gave her "really good advice", as she gushed about them both being "supreme divas".

The 'Truth Hurts' hitmaker and the 'I Drink Wine' singer, 33, struck up a friendship after meeting at a party - which Lizzo admitted she can't remember much about because she was too "drunk" - and ever since they've bonded over the "similar" stuff they've been through.

Speaking to the new issue of PEOPLE magazine, Lizzo, also 33, spilled: "I met her at a birthday party or a Grammy party -- I can't remember where because I was drunk at both.

"She's been through similar things that I have, and she's given me really good advice.

"We have very similar personalities and the way we think, and we just connected in that way. We're both supreme divas. We know our worth -- and we're also both Tauruses!"

Though Lizzo, 33, didn't reveal exactly what the pair bonded over, the stars have both faced negative attention towards their bodies.

Elsewhere in the wide-ranging chat, the 'Juice' singer spoke about returning to the stage, and she confessed that the COVID-19 pandemic had knocked her "confidence" for a while.

She admitted: "I felt like I was going to be rusty, but it's almost like second nature.

"I've learned to trust myself and trust my body again. My confidence was shook a little bit over this time, like, 'Will people care? Are people going to show up?' They proved me wrong. I got my confidence back."

The Grammy-winner's next gig is an American Express UNSTAGED concert in Miami, Florida, on Saturday (04.12.21).

Lizzo also admitted she is finally learning to "enjoy" her success after a whirlwind few years.

The 'Rumors' singer said: "I let go of the part of myself I lost -- being anonymous, privacy -- but I've gained so much.

"My dreams are coming true. People love my music. That's all I ever wanted. I was really hungry back then, burning the candle at both ends.

And Lizzo doesn't feel any "pressure" to get another hit record with her upcoming follow-up to 2019's acclaimed 'Cuz I Love You'.

She added: "The commercial success I think is where the pressure is. Everyone's like, 'You gotta have the same type of No. 1s and Grammys.' First of all, I didn't expect none of that, so I'm not expecting it this time either.

"What I do expect of myself is to make great music, and I've done that."