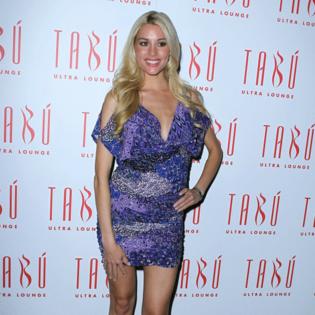 Heather Rae Young doesn't live her life with any regrets.

The 34-year-old TV star posed naked for Playboy magazine before joining the cast of Netflix's 'Selling Sunset' - but Heather insists she doesn't have any regrets about her past.

Reflecting on her career, she said: "Modeling and acting transitioned me into real estate. I've met a lot of contacts through my modeling/acting career - a lot of wealthy people, celebrities.

"I channelled that into real estate and using my contacts. I sold over nine million dollars' worth of real estate within my first four months.

"I don't regret anything I've ever done. I'm proud of my life. Everything I've done has got me to where I am today."

'Selling Sunset' tells the story of a high-end real estate firm and their estate agents in Los Angeles.

The show goes behind the scenes of their office feuds, but Heather insists it's still a great place to work.

She told The Sun newspaper: "Most of us are very supportive of each other, we try and lift each other up. There is obviously fighting but we're not mean for the sake of it.

"Mostly things tend to get sorted out after they get heated.

"We're all very strong, independent women with our own views which can cause issues."

Heather also insists there's nothing contrived about their on-air feuds.

Instead, she thinks that their dramatic arguments are simply part of working in a "high-pressure industry".

She said: "Everything you see - all the drama, all the fighting - that's all real.