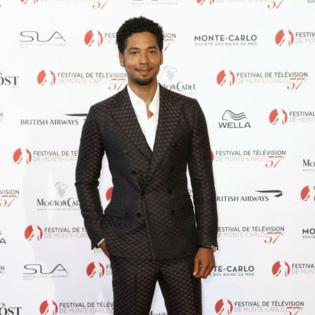 A woman selected to be a juror in Jussie Smollett's hate crime trial was dismissed after she admitted she wouldn't be able to fairly judge the case - because her daughter is gay.

The 39-year-old actor was issued with a 16-count felony indictment for filing a false police report after he claimed he was the victim of a shocking racist and homophobic attack in Chicago in 2019, as it was alleged he knew two men investigated over the incident and claims were made that he had staged the attack.

Smollett's initial charges were dropped by Cook County State's Attorney Kim Foxx's office in the same month they were filed, but in February 2020 he was indicted once again for allegedly orchestrating the attack himself.

And a Caucasian woman who was chosen to potentially be a part of the jury had to pull out, upon learning details of the crime, and, ultimately, decided after doing her research that she feared taking part in the trial could put her offspring at risk.

She stated: "When I found out it was a hate crime, my daughter is gay, so I did some research on that.

"She works in the downtown area, so I was very concerned for her safety and what was going on."

After being asked by Cook County Judge James Lin if it was possible for her to offer up an impartial view to help decide the verdict, the female was dismissed as she admitted she wasn't sure if she could.

According to reports, other jurors included a woman who has seen 'Empire' and enjoys drag, an immigrant from Iraq, a Canadian store manager, a counselor, a man who works in health care, and a salesman.

Prosecutor Dan Webb claimed Smollett had allegedly worked with two siblings he worked with to help him carry out the fake attack, and that Chicago police spent 3,000 hours investigating the crime.

Webb told the courtroom in Chicago on Monday (11.29.21): "When he reported the fake hate crime that was a real crime."