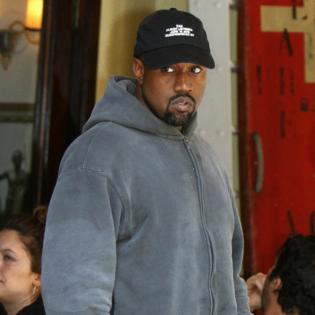 The influential fashion designer died at the weekend, aged 41, following a private battle with a rare form of cancer, and his close friend honoured him during his weekly choir gathering yesterday (28.11.21).

A message on the Sunday Service website from the 44-year-old rap megastar read: "In loving memory of Virgil Abloh, the creative director of Donda."

Kanye and Virgil, who was the artistic director at Louis Vuitton and founded the streetwear label Off-White, became acquainted when they both landed internships at Fendi in 2009.

And they continued to collaborate together, with Virgil serving as creative director for Kanye's 'Donda' LP.

Other times the pair worked together included on the 'Stronger' hitmaker's 'Watch The Throne' tour with Jay-Z in 2011 and 2012, for which Virgil worked as artistic director.

He was diagnosed in 2019, and, heroically, continued working in fashion while going through "numerous challenging treatments".

He leaves behind his wife Shannon Abloh and their two children, Lowe Abloh and Grey Abloh.

A statement on Virgil's Instagram page read: "We are devastated to announce the passing of our beloved Virgil Abloh, a fiercely devoted father, husband, son, brother, and friend.