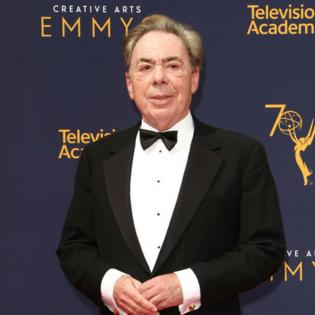 Andrew Lloyd Webber has warned his 'Cinderella' cast that "nobody has a right to be on stage".

The 73-year-old musical theatre icon has denied claimed he berated his young cast members over poor reviews for his latest musical, but he urged them to realize they work in the "service industry".

He told BBC Radio 4: "What I was saying to everybody is... the younger cast don't really realize all the time that we are actually a service industry and nobody has a right to be on the stage.

"I don't have a right to have my musicals in the theatre. What we have to do is try to give the best performances possible.

"All I was saying is that that's what we have to do and the cast we've got at Cinderella are a really, really wonderful cast who are well capable of doing that. But this has been wildly exaggerated."

He insisted his comments had "nothing to do with" a review by the New York Times newspaper's theatre critic Johnny Oleksinski.

Re-rehearsals - which involved the full cast and creative team - are set to start next week, and they will incorporate "adjustments" to the production.

In a statement from the production, the team said: "Andrew is really proud of Cinderella and its entire cast and crew.

"He is absolutely passionate about each and every performance. And the audience reaction continues to be terrific."

'The Crown' star Emerald Fennell has worked with Lloyd Webber on the production and previously said she relished the "challenge" of finding the character's personality in her writing.

She explained: "Who was Cinderella exactly? Arguably the most famous heroine in literature, and I could hardly think of a single personality trait. She was very good at housework, very good at singing to small animals, very good at being meek and quiet and forbearing, but she wasn't exactly a thrill-ride of charisma.

"After centuries of sweeping the chimney, she'd been reduced to little more than a bottle blonde with a martyr complex. Luckily, it takes one to know one so I was up for the challenge."

Jennifer Coolidge thinks the COVID-19 lockdown was "like an acid trip".

The 60-year-old actress found lockdown to be a surreal experience, likening it to taking "some really weird drug", and Jennifer admitted that she ...Read More

The 43-year-old comedian is thrilled for his 'Saturday Night Live' co-star, but Kenan confessed that he never saw their ...Read More

Zendaya has "always wanted to get into photography".

The 25-year-old star began her career as a child model and a back-up dancer, but Zendaya has always had a strong interest in photography.

Saweetie is determined to "inspire and to empower" her fans.

The 28-year-old rap star will soon release a "pre-project" called 'Icy Season', before she finally releases her long-awaited debut album, and Saweetie has ...Read More

Steven Spielberg says 'West Side Story' has "permeated" his life since he was a child.

The legendary filmmaker - who has worked on his own big screen adaptation of the 1957 Jerome Robbins musical starring Rachel Zeigler,...Read More

Prince Charles and Camilla, Duchess of Cornwall have urged anyone hesitant to get vaccinated against COVID-19.

The royal couple hailed the "ingenuity and determination" of those involved in the vaccination drive on the ...Read More