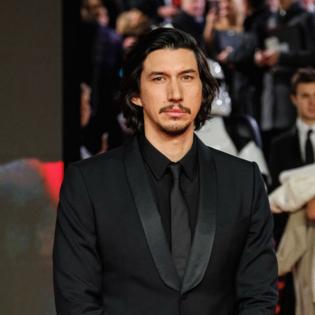 Adam Driver "needs" to exercise for his "sanity".

The 'House of Gucci' star insisted his body will no longer "allow" the intense workouts he did as a student - which saw him run five miles and do 100 push-ups a day - but tries to be as active as he can for the sake of his mental health.

Asked if he still has the same fitness routine as he did at Juilliard, he said: "Oh, f*** no. I don't do that anymore because my body won't allow it. My fitness is mostly based on the job.

"I just had to do something where I had to gain weight, so my work kind of dictates it.

"But I try to stay in shape. I kind of need it. For me, it's…not therapy, necessarily, but I kind of need to move and exercise for sanity. I try to do something as much as possible."

The 38-year-old actor doesn't believe he ever has the "right answer about anything", and that drives his diverse body of work as he just wants to do things that are interesting.

He told Vogue.com: "I try to have a value in my life of being open and not having the right answer about anything - and that includes projects that you pick. It may seem outside your world, but it's probably interesting."

Adam's advertisement for Burberry Hero fragrance - in which he runs down the beach with a horse before he and the creature emerge from the ocean as one - went viral earlier this year and he was excited about the "challenge" of the shoot.

He said: "It was just something that I never aspired to do or it's not my world necessarily. It's unfamiliar, and that's been a rewarding thing about being an actor - being exposed to all these different people's way of being in the world.

"I've found myself in these situations that are unique and seem outside of character, but I don't really understand what character is. And that Jonathan Glazer was shooting it, I thought was really unique. I like his films and what they presented to me initially seemed really ambitious and exhausting.

But the 38-year-old star admitted he had "underestimated" just how physical the shoot would be.

He said: "I didn't approach it any differently than a regular film role, even though it was a commercial. When we got to shoot it, I'm so glad I did what I did because I think I underestimated how physical it would be... Every shot was ambitious and really exhausting but, hopefully, worth it."