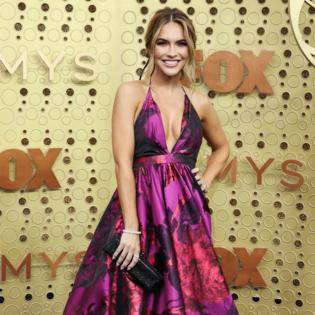 Chrishell Stause doesn't care if people think her relationship is a publicity stunt.

The 'Selling Sunset' star revealed in July that she was dating her boss Jason Oppenheim and though critics have suggested the romance is just a way to generate attention for the Netflix show, the blonde beauty isn't paying any attention to the speculation because she's in such a good place.

She said: "I knew that some people would think that [it was a publicity stunt] but the greatest part about being where I am in my life is that it doesn't bother me."

The 40-year-old star "didn't expect" to announce her and Jason's relationship while on holiday in Italy with the rest of the cast, but she could feel "the walls closing in" and was tired of hiding their love away.

She told Britain's Grazia magazine: "I wanted to feel like I could hold my boyfriend's hand at dinner and not feel like I'm doing anything wrong or [have it come out] from some salacious place that looks like we're hiding something we're not proud of...

"Italy is one of the most romantic places in the world. So we were like: this is stupid. We're not doing anything wrong, we're so happy. Let's just get it over with and tell people."

Chrishell is now excited to see the new season of 'Selling Sunset' because she's "curious" as to whether producers picked up on any early signs she and Jason would get together.

She said: "I'm curious if they caught anything before we knew [we'd end up together]... he really is my best friend."

And Chrishell admitted the relationship even took her and Jason by surprise.

She added: "It was a surprise. I don't think either of us was each other's type before this."