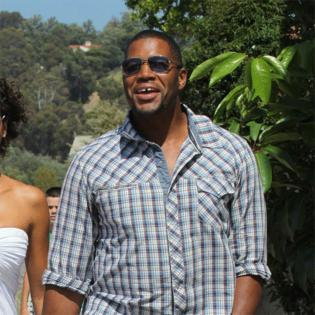 Michael Strahan is "going into space".

The 'Good Morning America' co-host will be "blasting off" on Jeff Bezos' next Blue Origin flight on 9 December, along with Laura Shepard Churchley - the eldest daughter of astronaut Alan Shepard, the first American to fly into space - and four other passengers, including the first ever parent-and-child pair to take the journey together.

Michael told 'GMA' viewers on Tuesday (23.11.21): "In less than three weeks on December 9, I will be blasting off in the next Blue Origin Space launch! I'm going to space. I have been preparing for this.

"[Blue Origin] approached me and they asked if I wanted to be a crew member. Without hesitation I said, 'Yes.'"

The former NFL player is very excited about the trip, particularly after reporting on Blue Origin's first flight.

Asked why he agreed to go to space, he said: "I just wanted to go! I think being there at the first launch, it was mind blowing...

"I believe that this is the way of being innovative, creative, pioneers in aviation, now space travel. And it's going to take a while but I do believe that it will bring a lot of technological breakthroughs and also innovations to us here on Earth, and I just want to be a part of it."

In October, William Shatner, 90, became the oldest person to fly to space on a Blue Origin flight.

The crew made it up to an altitude of around 66 miles on the suborbital flight, and felt weightlessness.

But just a matter of minutes later, they began their descent and their capsule headed back down to Earth thanks to three parachutes.

The crew touched down in the desert at a speed of around 15mph.

Lindsay Lohan has gotten engaged to Bader Shammas after two years of dating.

The 'Mean Girls' star made her relationship public as she was snapped with her beau when she and her sister Aliana Lohan hung out backstage with...Read More