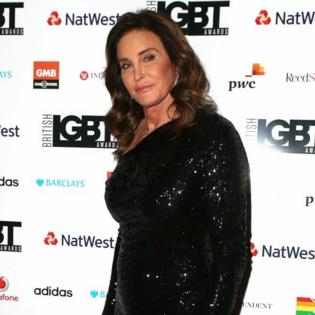 Kim Kardashian West assumed Caitlyn Jenner would spell her name with a K.

The 72-year-old reality star changed her name in 2015 after coming out as trans and she recalled a funny conversation with her stepdaughter - whose siblings are Khloe, Kourtney and Rob Kardashian and half-siblings are Kendall and Kylie Jenner - about how she wanted to be known while discussing her new identity.

Speaking on 'Big Brother VIP', Caitlyn - who was previously married to Kim's mother Kris Jenner - said: "Kimberley goes, 'Well what am I going to call you?' And I said 'Caitlyn'. And she looks at me and says, 'Ah, I'm glad you stayed with the Ks.'

"My other kids, Kendall and Kylie, I am biologically their father, and they said you know, 'Well what do we call you?'

"And I thought for a second, and I said 'dad'. I'm never going to be your mother."

The former Olympian - who also has Burt and Cassandra with first wife Chrystie Scott and Brandon and Brody with second spouse Linda Thompson - confirmed her kids still call her "dad" and praised them for being consistent in their use of the correct pronouns.

Asked by one of her housemates what her children call her, she replied: "Um, yes they still call me dad.

"They change pronouns right kind of in the middle. And every time I hear it I go, 'Kids got it, they got it'."

Caitlyn recently admitted she wishes she had a "closer" relationship to Kris.

She said: "I would say from my standpoint, our relationship is not as good as it should be.

Asked if she thinks Kris has any misgivings about her, she added: "I think that is an understatement."

The 'I Am Cait' star wishes they got on better for the sake of their daughters, Kylie and Kendall.

She continued: "Our relationship is okay. I think it could be better just because of the kids. It's always the way when you have that. It's all about how the mother and father, how they get along together. Is it easy? Is it good? Do they see each other? Is there any tension?"

Sir Elton John loves playing board games with his sons at home.

The 74-year-old music icon is one of the biggest stars in the world, but his husband David Furnish has said he puts his stardom to one side when he's at home...Read More

Hilaria Baldwin didn't think she would "make it through" 2021.

The 37-year-old health and wellbeing expert reflected on her year so far as she marked Thanksgiving on Thursday (25.11.21), and said she felt thankful to have...Read More

Nikki Bella keeps delaying her wedding because she "promised" Artem Chigvintsev that his parents would be able to attend.

The former WWE star is engaged to the 'Dancing with the Stars' professional, but has delayed her ...Read More

The famed composer and lyricist, who was behind some of the biggest musical theatre productions, passed away on Friday (26.11.21) at his home in Roxbury, Connecticut, his lawyer and ...Read More

Travis Scott is being sued by the family of a teenager who died following the rapper's Astroworld concert.

John Hilgert, 14, was the second youngest of the 10 victims who lost their lives after chaos broke out causing a ...Read More

Seth Rogen likes to send private messages to his critics to tell them to "go f*** themselves".

The 39-year-old actor has admitted he often gets people replying to his tweets in a negative way just on the off chance that ...Read More