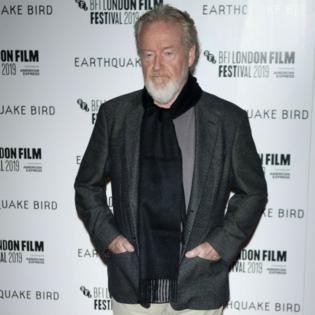 Sir Ridley Scott has blamed the failure of 'The Last Duel' on millennials.

The acclaimed director's latest project has bombed at the box office despite featuring an impressive cast that includes Matt Damon, Adam Driver and Jodie Comer and he suggested that a lack of engagement from younger generations is to blame.

Ridley told the 'WTF with Marc Maron' podcast: "I think what it boils down to - what we've got today (are) the audiences who were brought up on these f***ing cell phones. The millennial, (who) do not ever want to be taught anything unless you tell it on the cell phone."

The filmmaker - whose previous credits include 'Blade Runner' and 'Gladiator' - added: "This is a broad stroke, but I think we're dealing with it right now with Facebook. This is a misdirection that has happened where it's given the wrong kind of confidence to this latest generation, I think."

Ridley says he has no regrets about making the historical epic, which has been one of the biggest flops of a filmmaking career that spans more than four decades.

The 83-year-old director said: "I've never had one regret on any movie I've ever made. Nothing. I learned very early on to be your own critic. The only thing you should really have an opinion on is what you did. Walk away. Make sure you're happy. And don't look back. That's me."

Meanwhile, Ridley recently took aim at superhero movies by branding them as "boring as s***".

The 'House of Gucci' filmmaker said: "The best films are driven by the characters, and we'll come to superheroes after this if you want, because I'll crush it. I'll f***ing crush it. They're f***ing boring as s***.

"Their scripts are not any f***ing good. I think I've done three great superhero movies. One would be 'Alien' with Sigourney Weaver. One would be f***ing 'Gladiator', and one would be ('Blade Runner').

Cardi B has been named Playboy's first-ever creative director in residence.

The 'WAP' hitmaker took to social media on Thursday (02.12.21) to unveil the news, which will see her become the very first person to be creative...Read More

Machine Gun Kelly once accidentally stabbed himself while trying to impress Megan Fox.

The 31-year-old musician - whose real name is Colson Baker - is currently in a relationship with the 'Jennifer's Body' actress, and ...Read More

Chrissy Teigen is "happy" to still be "making stupid mistakes" even while sober.

The 'Chrissy's Court' star decided to stop drinking earlier this year, and last week that she had enjoyed her first-ever sober Thanksgiving ...Read More

Vanessa Hudgens would "never want to be a royal" because she couldn't deal with the added "scrutiny" they endure.

The 32-year-old actress has played a princess in the three 'The Princess Switch' movies but has said she ...Read More

The Blink-182 rocker confirmed he was facing stage 4 diffuse large B-cell lymphoma in June this year when he posted a picture of himself strapped into a ...Read More

The 52-year-old singer released a new Christmas song titled 'Fall in Love at Christmas' last month, and has said her mission with putting the song into the world was to ...Read More