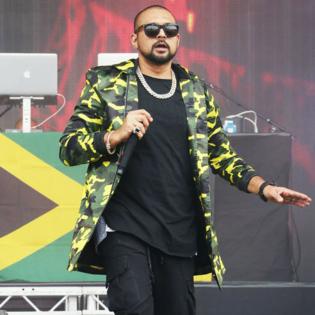 Sean Paul is surprised by his own success.

The 48-year-old star is now one of the world's best-known artists, and he can barely believe what he's managed to achieve by helping to popularize dancehall music.

He said: "I didn't think I would become what I am today, but I embraced it fully when it started to happen.

"I started to take the mindset that I have a responsibility to the music, and when you're given that opportunity you really need to step it up. So I did."

The chart-topping star - who was born in Kingston, Jamaica - initially worried that his age would hinder his success, having started MCing at 21.

He told The Independent: "That was late in terms of people getting into music in Jamaica. A lot of people get into DJing and dancehall music in their teens. I didn't get recorded until I was 24."

Meanwhile, Sean also discussed the ways in which attitudes towards cannabis have evolved during the course of his career.

The 'Get Busy' hitmaker - who is a lifelong advocate of cannabis's beneficial properties - claimed politicians are now profiting from the drug.

He said: "Cannabis had been decriminalized here in Jamaica, but there's still an overwhelming number of people who are in prison because they were smoking a spliff or had an ounce bag. I've seen the same politicians and lawyers and doctors that used to say, 'It's a maddening thing, it's going to drive you crazy, it's a gateway drug, don't do it' now turn around and say how beneficial it is.

"Politicians are taking money from big businessmen and forcing out the real farmers who cultivated the good stuff."