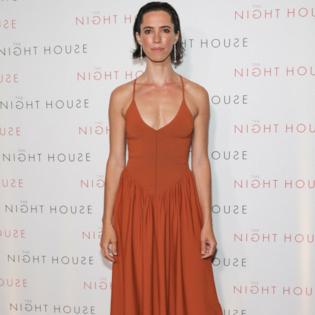 Rebecca Hall has entered a "f*** it" phase in her life.

The 39-year-old actress has turned her hand to directing and started a new chapter in her life, after previously facing so many frustrations.

Speaking about her efforts to make 'Passing', she said: "I've definitely entered a slightly 'f*** it' stage of my life.

"'Oh, it's extraordinary! It's really wonderful! So, so delicate!' And then there would be a pause, and then someone would say 'I think you'll have a very hard time getting it made. Maybe come back to this one?'"

Rebecca's ambition to shoot 'Passing' in black and white was not well-received by people within the movie business.

However, the resistance she faced actually made her more determined than ever.

She told the Guardian newspaper: "A lot of people saying 'no' just increased my desire to do it. That was the missing ingredient: people saying, 'Great, fantastic - but can you make it in colour?'"

Rebecca's film is based on the 1929 novel of the same name by Nella Larson, the title being a reference to a term used to describe people of colour whose skin was light enough to "pass" as white.

The movie tells the story of two mixed-race women - one who identifies as African American and the other who "passes" for white - who find themselves in completely different life circumstances due to their skin tones.

And Rebecca is shocked that the novel hasn't been turned into a movie before now.

She said: "It's a point that I muse on quite a lot: why the hell wasn't there a film of this?!

"I think it just took the world - well, not the world, the people who control the purse strings in Hollywood - a really long time to realise something: the emotional lives of two black women is actually, incredibly, potentially mainstream."