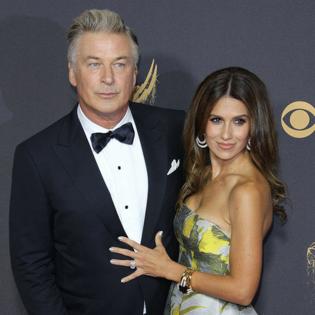 The 63-year-old actor fired a prop gun on the set of the Western movie 'Rust' last week, accidentally killing the cinematographer and injuring director Joel Souza, and he's now turned to his wife for support.

A source shared: "It's such an unthinkable tragedy and the grief and trauma for him are unbearable.

"Alec is still in shock and his heart is completely broken. He is doing his best to cope and is leaning on Hilaria and the kids for support."

The Hollywood actor is still trying to "process" what happened on the movie set.

The insider explained to People: "Obviously, what happened here is devastating for everyone. Alec will need time and space to work through and process this tragedy."

The author took to Instagram to offer her sympathies to the family of the late cinematographer.

She wrote on the photo-sharing platform: "My heart is with Halyna. Her husband. Her son. Their family and loved ones. And my Alec.

"It's said "there are no words" because it's impossible to express the shock and heartache of such a tragic accident. Heartbreak. Loss. Support. (sic)"

Hilaria - who has been married to Alec since 2012 - added in the caption: "Sending love to all. Holding you all in my heart. [heart emoji] (sic)"

Alec also canceled his other projects shortly after the shooting.

An insider revealed that the actor will "take some time to re-center himself" following the incident.

The source said: "This was pretty devastating. This is how he handles difficult times. Whenever something bad happens, in the short term, he removes himself from [the] public eye."