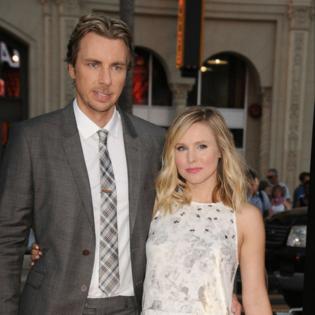 The 46-year-old star - who shares daughters Lincoln, eight, and Delta, six, with his wife Kristen Bell - admits that his opinion about raising girls is "unpopular" as he wants his children to make their own choices with regards to intimacy.

Speaking with Gwyneth Paltrow on his 'Armchair Expert' podcast, Dax said: "The most generic thing every guy says to me is, 'Oh, you better have a gun, there's gonna be guys coming around.' This notion I have to protect my daughters' virginity with great prejudice if necessary."

The 'Robot Chicken' star explained: "When she describes sex to our children she says, 'And then the woman takes the man's penis and puts it in her vagina.

"You're in the driver's seat. I was like, that's a nice little adjustment we're gonna make."