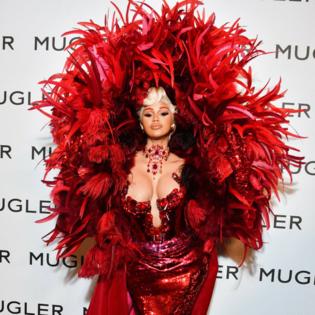 Cardi B feels unimpressed by everything because she's already "done it all".

The 29-year-old rap star - who worked as a stripper before becoming one of the world's best-selling musicians - has taken to Twitter to reveal that she's particularly hard to impress, given what she's already achieved in her life and in her career.

Cardi - who has Kulture, three, and a son who was born on September 6 - explained on the micro-blogging platform: "Nothing impresses me. I've done it all."

The chart-topping star posted a behind-the-scenes photo of herself, her child and husband Offset in a hospital bed.

Cardi previously explained that motherhood has given her more motivation than ever.

The rapper - who has been married to Migos star Offset since 2017 - explained that she's determined to give her children the best possible chance of success.

Reflecting on her ambitions and motivations, Cardi said: "All the time I'm thinking about my kid.

"I'm shaking my a**, but at the same time I'm doing business, I'm on the phone with my business manager saying, make sure that a percentage of my cheque goes to my kid's trust.

"I give my daughter so much love, and I'm setting her up for a future. I want to tell her that a lot of the s*** that I have done in life - no matter what I did, knowing that I wanted to have kids made me go harder to secure a good future for my kids."